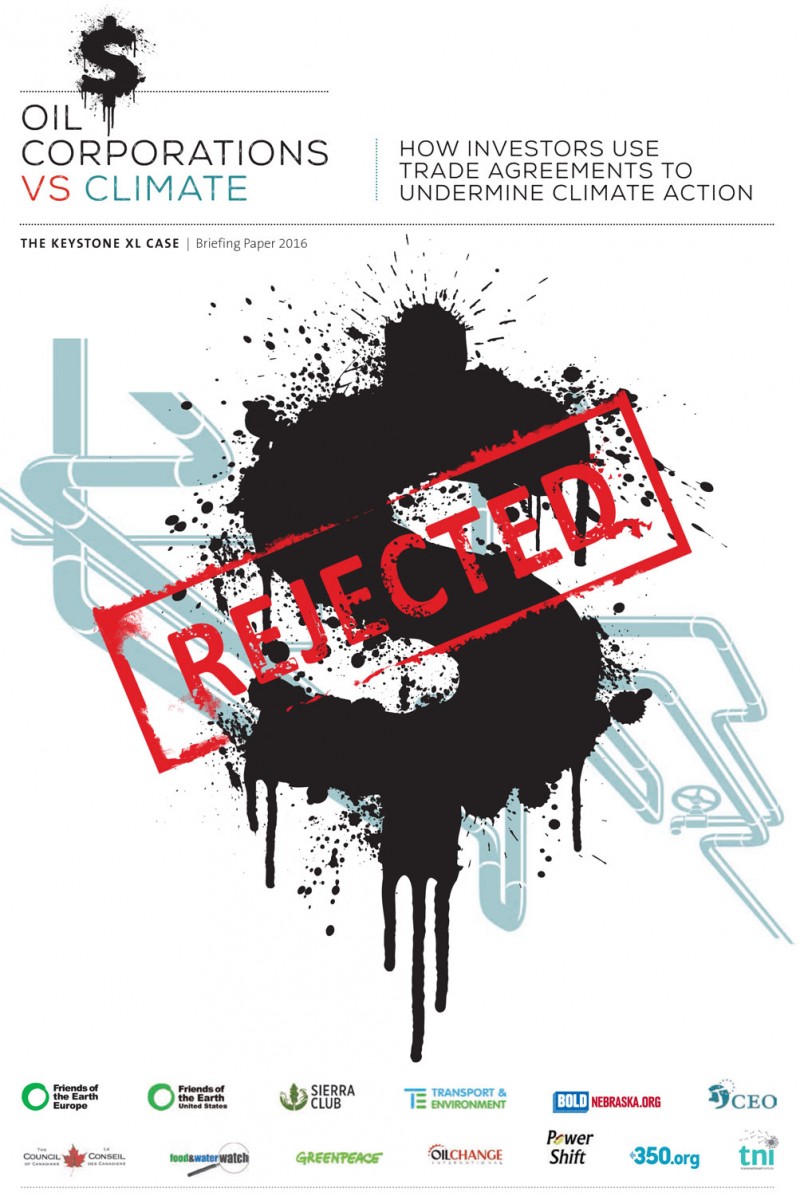 Oil corporations vs. Climate: how investors use trade agreements to undermine climate action

In January, the Canadian company TransCanada announced its plan to sue the US government for more than US$15 billion under the North American Free Trade Agreement (NAFTA) – following the Obama Administration's rejection of the Keystone XL pipeline: one of the most notorious and reviled proposed fossil fuel projects worldwide.

This report demonstrates the threat of VIP privileges for corporations in major trade deals, to both democracy and the environment. It calls for the US, EU, Canada to reject VIP treatment for corporations and say no to any trade agreements that include special rights for foreign investors. Doing so is critical in the fight to protect our communities, our democracy, and our climate.