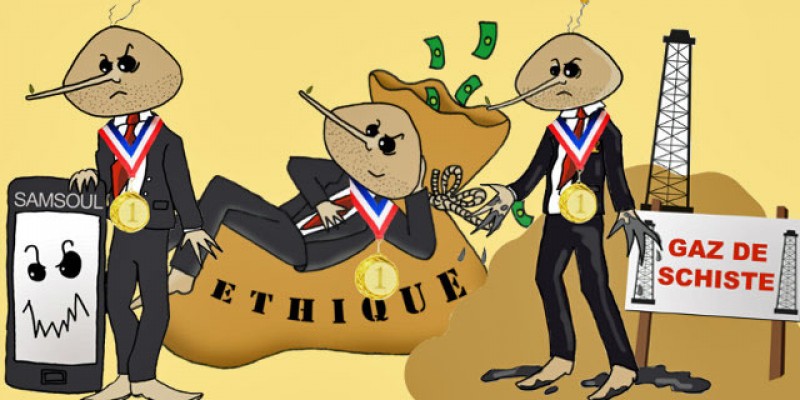 After the launch of the public vote on October 9th, Les Amis de la Terre/Friends of the Earth France, in partnership with Peuples Solidaires–ActionAid France and CRID (Research and Information Centre for Development), put an end to the suspense at the Pinocchio Awards prize-giving ceremony this evening in Paris and announced 2014's big winners: Shell, GDF Suez and Samsung.

There were a record number of votes for this year's awards – over 61,000 votes were cast – indicating citizens' growing outrage about the severe impact multinational corporations' activities are having on society and the environment.

Shell won hands down for the category "One for all and all for me!" with 43% of the vote, for the development of shale gas projects across the entire world – except in the Netherlands, its home country, which is subject to a moratorium. While this multinational company prides itself on conducting its operations in accordance with "ambitious principles", the reality observed on the ground, particularly in Argentina and the Ukraine, is quite different: a lack of consultation with local communities, wells drilled in protected nature areas and on farmland, toxic well-water reservoirs left out in the open, and lack of financial transparency, to name a few examples.

In the "Greener than green" category, the Pinocchio award was received by GDF Suez with 42% of the vote for its "green bonds". Last May, this French energy giant proudly announced that it had issued the biggest "green bond" ever made by a private company, collecting €2.5 billion from private investors to finance its so-called clean energy projects. However, on closer examination, no clear social or environmental criteria are associated with these "green" bonds, and the company has not published a list of the projects it has financed. It could even be using this money for destructive projects, such as large dams like the one in Jirau, Brazil the company mentioned as an example, and, furthermore, it is continuing to invest heavily in fossil fuels. 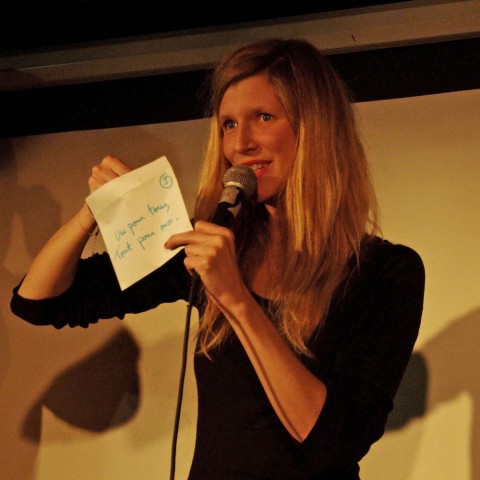 Finally, with 40% of the vote, the award for "Dirty hands, full wallet" was given to Samsung for the disgraceful working conditions in its product-manufacturing factories in China: excessive working hours, pitiful wages and child labour, to cite just a few examples. Despite repeated inquiries and questioning by civil society, as well as the filing of a complaint in France, this technology market-leader persistently denies these accusations. The company should face up to reality and implement some practical measures to improve working conditions for Chinese factory workers and put an end to these violations of human rights.

By condemning numerous violations against human rights and the environment, the Pinocchio Awards have grown in importance since they were established in 2008, helping put pressure on companies to make them change their practices. The scale of the event and its role in the public debate has forced all the companies nominated for an award to speak out publicly on the facts that have been reported about them.

Juliette Renaud, Corporate Accountability Campaigner at Les Amis de la Terre / Friends of the Earth France, said: "There is a growing number of voluntary approaches and codes of ethics, but, since these are not being applied through legally binding policies within France or Europe or at an international level, multinational companies are continuing to operate with impunity, as the Pinocchio Awards illustrate. Our governments must have the courage to tackle lobby groups and properly regulate these kinds of activities in order to protect human rights and the environment from being repeatedly attacked."

Fanny Gallois, campaign manager at Peuples Solidaires-ActionAid France, said: "All over the world, men and women are taking action to assert their rights and get decent living and working conditions. By condemning the abuse multinational companies inflict, the Pinocchio Awards give these struggles a voice and call for our rulers to be responsible: it is time to make multinational companies accountable for the negative impact they have on society."

The Pinocchio Awards are organised in a media partnership with Basta!, the Multinational Observatory and Real World Radio, who have published informative articles and interviews on each of the nominees.