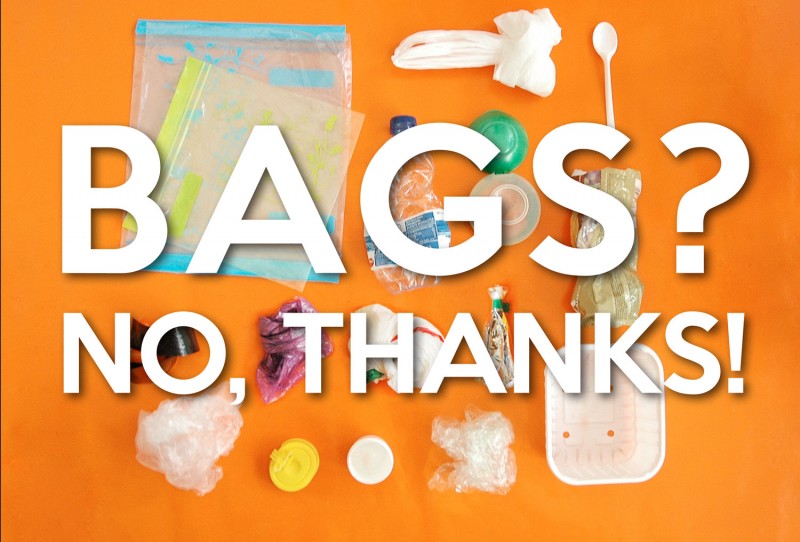 Politicians must clamp down on plastic bags

On the International Plastic Bag-Free Day, EU Ministers must support a European Parliament proposal which sets limits on environmentally damaging single-use plastic bags, according to a coalition of environmental and waste prevention organisations.

Every European uses an estimated 500 plastic bags a year on average, 92.5% of which are single-use. Around 90 billion single-use plastic bags were used in the EU in 2010, and single-use bags accounted for 73% of the waste collected along the Tuscan coast. These petroleum based products can contain toxic additives such as endocrine disruptors and carcinogens migrate into marine environment and enter the food chain via marine fauna.

Plastic bags made up around 40% of all the marine litter across UK waters and the North Sea, and in the Bay of Biscay over 90% of waste items found on the seabed were plastic.

In April, the European Parliament tabled proposals to reduce the consumption of lightweight plastic carrier bags by 80% across the EU by 2019 – with measures including charges, bans, awareness-raising campaigns and restrictions on the use of hazardous substances and oxo-degradables in plastic bags. For this proposal to become EU law, the Council of Ministers must now approve it. In this regard, 92 % of the respondents to the new survey from Eurobarometer agree that measures should be taken to reduce the use of single-use plastic items, such as shopping bags.

Ariadna Rodrigo from Friends of the Earth Europe said: "Single-use plastic bags are an example of how we mismanage our resources in Europe. Rather than keeping materials in our economy for as long as possible, we are extracting evermore resources for short-lived products that we do not need. The European Parliament supported actions to eradicate this situation, now the Council needs to act."

The fifth edition of International plastic bag-free day sees groups from all over the world organising activities to raise awareness on the environmental impact of single-use plastic bags and to demand that governments act to stop marine littering. The International Plastic Bag-Free Day is organised by Zero Waste Europe, GAIA and the Fundació Catalana per a la Prevenció de Residus i Consum.

Joan-Marc Simon from Zero Waste Europe said: "Plastic pollution is a global problem waiting for global solution. As an international player the EU should lead by example and not lag behind other countries in reducing usage of single-use plastic bags. The Commission and the Parliament have put forward a realistic and necessary proposal, we call the Council of Ministers to uphold it and improve it".

Antidia Citores from Surfrider Foundation Europe said: " Single use plastics bags are used for a few minutes but stay for centuries in our seas and oceans. In 2011, more than 70% of respondents to an EU consultation were supportive of a ban on single use plastic bags and in 2013, more than 22,500 European citizens signed our petition for an EU ban on disposable plastic bags. Member States have now a unique opportunity to help tackling one of the most emblematic sources of marine litter. Oceans cannot wait more."

Piotr Barczak from European Environmental Bureau said: "Our reliance on single-use packaging makes no sense. Plastic bags are one of the easiest waste streams to tackle, and the Council can now act to end this unsustainable, throw-away practice that has become a norm in our society."

Marta Beltran from Fundació Prevenció de Residus said: "Our society can not afford the waste of resources and the environmental, social and economic impacts of plastic bags and marine littering. Strong reduction in the consumption of plastic bags is necessary to contribute achieve the objectives towards a resource-efficient Europe and eradicate marine littering."