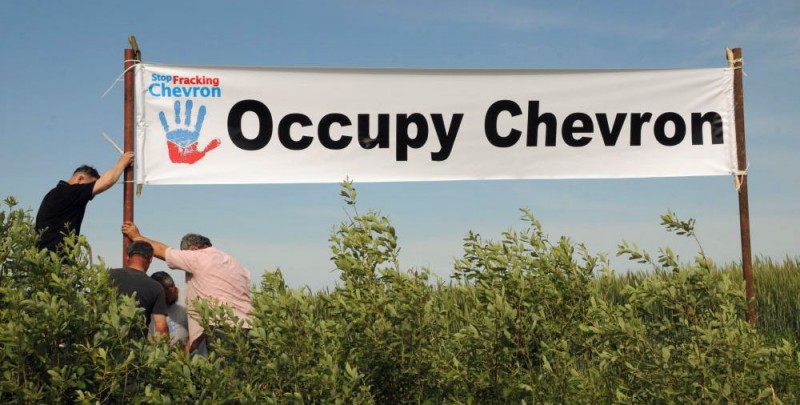 The dangers of fracking were recognised at the highest level in Europe today, as the European Commission announced it would refer Poland to the European Court of Justice for failing to ensure adequate assessments of the environmental impacts of fracking operations.

The announcement concludes over a year's work by the Polish group Green Zone Foundation, with the assistance of Friends of the Earth Europe, to challenge the Polish government's push for shale gas development. The government introduced industry-friendly laws that allowed drilling for oil and gas at depths of up to 5,000 metres, without first assessing the environmental impacts – violating European law.

Antoine Simon, shale gas campaigner for Friends of the Earth Europe said: "By taking Poland to the European Court of Justice, the European Commission is sending a clear message that neither member states, nor oil and gas companies, are above the law. It's an unprecedented decision, and recognition of the dangers of fracking at the highest level in Europe. It's proof that, if willing, the Commission does have the power to intervene for the sake of the environment."

The European Court of Justice will rule over a fracking case for the first time, with potential recognition by one of the highest courts in Europe of the environmental impacts of the fracking industry.

According to Friends of the Earth Europe, to have any chance of avoiding catastrophic climate change, Europe urgently needs to transition away from fossil fuels towards renewables – especially community owned and managed – and energy efficiency.

European Commission: Environmental Impact Assessment: Commission refers Poland to the Court of Justice of the EU over inadequate