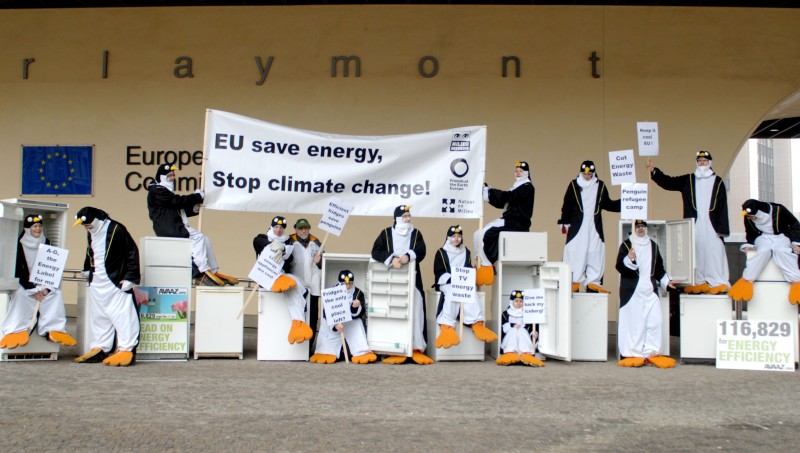 2nd July, Brussels - Friends of the Earth Europe has raised concern at the EU's poor commitment to cut its energy waste after 24 of the 27 EU member states missed the deadline for submitting their National Energy Efficiency Action Plans. Only Finland, Denmark and the UK have delivered their plans on time.

Esther Bollendorff, Climate and Energy Campaigner at Friends of the Earth Europe, said:
"Cutting energy waste is the most cost-effective way to reduce greenhouse gas emissions, but most of the EU member states are falling at the first hurdle. If they aren't committed enough to even make their action plans on time, can we really be confident that they will actually implement measures to increase energy efficiency by 9 percent by 2016?"

Due on Saturday 30th June, the action plans should set out specific measures for each country to reduce their energy consumption by 9 percent by 2016, according to the Energy Services Directive. Member States will have to submit such a plan every three years focusing specifically on cutting energy waste in end use consumption (this could include for example insulating buildings, using efficient lighting or reducing vehicle fuel consumption).

Early analysis of Danish and Czech drafts indicates that these are generally based on existing programmes and fail to come up with new measures or to tighten the implementation of existing tools.

Friends of the Earth Europe supports the use of the National Energy Efficiency Action Plans to strengthen existing directives which have been very badly implemented on national level, like the Energy Performance of Buildings Directive, but also to introduce strong financial incentives rewarding energy efficiency. The environmental group is shocked by the very weak mobilisation in member states and takes it as a clear indication that Energy Efficiency is being treated as a non topic in EU capitals.

Germany and France have simply decided not to respect the deadline and intend to release their action plans separately. European Commission officials say that they expect to have a clear overview after the summer break in September, two months after the official deadline.

Friends of the Earth Europe warns that even if the 9 percent increase in energy efficiency by 2016 target was successfully met, this would leave the EU with a tough task ahead to meet its objective to reduce energy consumption by 20 percent by 2020.