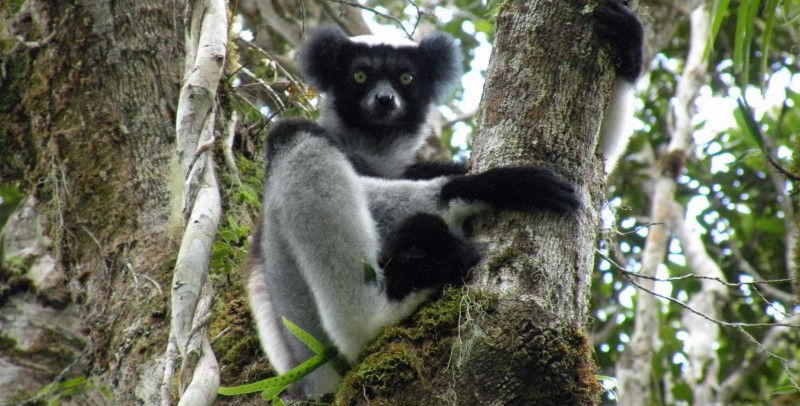 Brussels/London, 20 October 2008 - African countries will be locked into an economic model based on the export of raw materials that could have a devastating impact on forests and wildlife, if new EU trade deals shaped by former Trade Commissioner Peter Mandelson are signed - according to a new report published by Friends of the Earth England, Wales and Northern Ireland today [1].

As Baroness Ashton prepares to take over the role of Trade Commissioner, Friends of the Earth is urging a re-think of Europe's new Economic Partnership Agreements (EPAs) pioneered by her predecessor Peter Mandelson. New research by the environmental group shows the agreements will put forests at risk by forcing African countries to lift rules that limit the export of logs and other unprocessed raw materials - preventing them from using these laws to protect forests, wildlife and domestic industries.

"Baroness Ashton should re-think the damaging policies put in place by her predecessor Peter Mandelson.

"Economic Partnership Agreements will deepen the economic crisis faced by African countries and put some of the world's richest forests, their wildlife and the people who depend on them at risk.

"The EU needs a new trade strategy which takes into account the needs of poor countries and allows them to protect their economies and environment from the worst excesses of the market."

The EU is also using EPAs to resurrect investment liberalisation policies previously rejected by developing countries at WTO talks, a move which would allow European corporations increased access to African countries' forests, fisheries, agriculture and other natural resources such as oil and gas. The new trade deals will also require governments to lift tariffs on European imports, threatening many of Africa's infant industries and causing job losses, worsening poverty and increasing pressure on natural resources.

According to Friends of the Earth, these business-friendly policies have emerged in a context of increased corporate influence over the EU's trade policy [2].

"Corporate control, export orientation, commodification of natural resources and deregulation all mean increased profits for European businesses, but will not lift developing countries out of poverty"

He added: "The EU is in a greedy 'race' with the US and China to gain access to raw materials. It must not resign itself to a 'dog-eat-dog globalisation' where social and environmental considerations have no place. More than ever before, the EU's trade policies are discrediting the EU's claims to world leadership on environmental protection".

The report calls for a new approach to our trading relationship with developing countries that fosters fair and sustainable development. Friends of the Earth believes EPAs should be scrapped and African, Caribbean and Pacific countries allowed to implement their own policies to protect the environment, promote development and reduce poverty.

[1] Economic Partnership Agreements are the trade and investment deals currently being negotiated between the EU and 76 countries in the Africa, Caribbean and Pacific region (ACP). The EU claims that the deals aim to help ACP countries to develop. But the report commissioned by Friends of the Earth argues that the EU's approach to the negotiations is driven by the agenda set out in its trade strategy 'Global Europe - competing in the world' which highlights securing and maintaining access to markets and primary raw materials as a key priority for trade negotiations with other countries. The report is available at: http://www.foe.co.uk/resource/reports/undercutting_africa.pdf

- Friends of the Earth's new report on EPAs also raises concerns about the tactics employed by European Commission (EC) trade negotiators under Peter Mandelson to get countries to sign up to the new deals. African states have been put under extreme pressure to open their markets to European goods and investment, with the EC employing a 'divide and rule' strategy, negotiating with countries in increasingly small and isolated blocks and employing manipulation and threats in order to extract greater trade concessions.

- Many ACP countries refused to sign the agreements by the initial deadline of December 2007 because of fears about the potential impacts of the deals on their economies and development prospects. The Caribbean and the East African Community (EAC) are the only regional groupings to have initialled collective agreements, and the Caribbean was the first and only region to have signed so far, concluding its agreement (with the exceptions of Haiti and Guyana) on Wednesday 15 October 2008. In total, 41 of the 76 countries have still refused to commit themselves.

- The Economics of Ecosystems and Biodiversity (TEEB) review, modelled on the Stern Review of climate change, recently pointed out that the global economy is losing more money from forest loss than from the global banking crisis. The EU commissioned study estimated that once the value of the various services provided by forests are taken into account (including the absorption of carbon dioxide), the annual cost of forest loss is between $2 trillion and $5 trillion: http://ec.europa.eu/environment/nature/biodiversity/economics/index_en.htm

- The potential impacts of EPAs on forests and forest biodiversity, and the many people who directly depend on these natural resources for their lives and livelihoods, have been overlooked in the European Commission's final summary Sustainability Impact Assessment for the trade deals.

- Friends of the Earth is campaigning on Global Europe in the UK as part of the Trade Justice Movement, the UK coalition of over 80 civil society groups, and in Europe as part of the Seattle to Brussels network. Friends of the Earth believes the environment is for everyone. We want a healthy planet and a good quality of life for all those who live on it. We inspire people to act together for a thriving environment. We campaign on a range of issues including climate change, biodiversity, waste, transport and food.