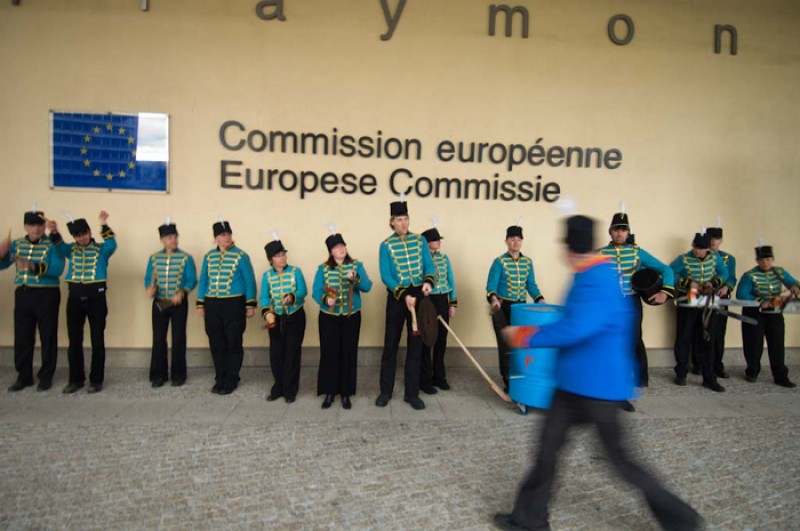 16 February 2009, Brussels – Tomorrow, members of the European Parliament's environment committee will vote on crucial amendments to the Commission's timber law proposal. The legislation aims to regulate the EU timber market and to tackle the problem of illegal logging, but Friends of the Earth, Greenpeace and WWF strongly criticise the Commission's original draft and urge MEPs to significantly amend it.

"The Commission's proposal will need a major boost if the EU is to achieve its goals of stopping illegal logging and its adverse impacts on climate change, biodiversity loss and the rights of indigenous people. As it stands, this law would not give EU consumers any guarantees that the wood products they buy have been legally sourced and do not contribute to deforestation and forest degradation," said the three environmental organisations.

Amendments tabled by MEPs strengthen the Commission proposal in a number of areas, including by:
- Requiring companies to provide assurance of the legality of timber products by means of traceability systems and risk management measures;
- Establishing a mechanism to ensure credible and independent monitoring;
- Setting dissuasive fines and sanctions for companies who break the law, and empowering national enforcement agencies to conduct controls and investigation;
- Requiring companies to take measures to reduce the trade in conflict timber [1] and to ensure compliance with indigenous peoples rights;
- Proposing to work on high sustainability requirements for timber sourced from natural forests (as a next step, after this legislation enters into force).

Friends of the Earth, Greenpeace and WWF call on MEPs to support these changes. Illegal logging, deforestation and forest degradation are accelerating climate change, causing the loss of hundreds of species and are costing the world up to $5 trillion a year [2]. As one of the world's largest timber markets, the EU is responsible for a large chunk of this figure.

The plenary vote in the European Parliament is provisionally scheduled for 23 April. The Agriculture Council is expected to adopt a common position before the end of the Czech EU Presidency in June.

[1] Conflict timber refers to timber that has been traded at some point by armed groups, rebel factions, soldiers or by a civilian administration involved in armed conflict to take advantage of conflict situations for personal gain.
[2] Pavan Sukhdev et al. (2008), The Economics of Ecosystems and Biodiversity.