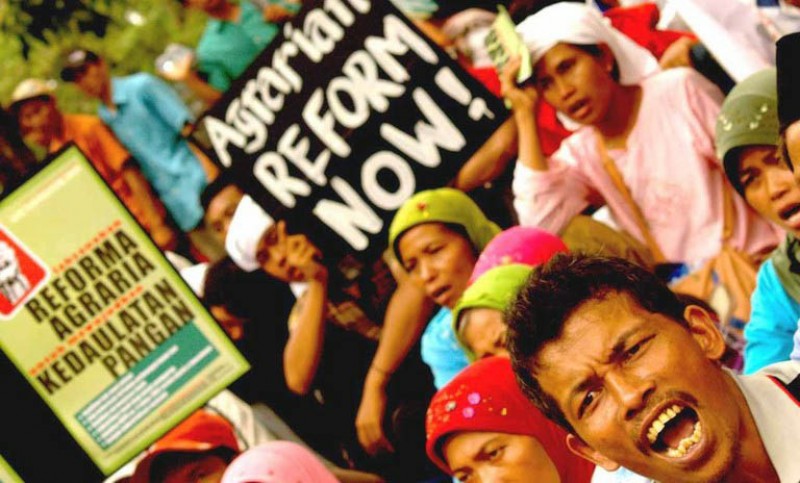 Brussels, October 16 - A new film launched on World Food Day reveals a hidden chain of destruction stretching from factory farms in Europe to the forests of South America where huge soy plantations are devastating communities, destroying wildlife and worsening the effects of climate change.

Soy, grown mostly to feed chickens, cows and pigs in Europe, now covers nearly 11 million hectares in South America – an area equivalent to all the arable farmland in Germany.

The film shows that to make way for soy plantations, thousands of people are being forced from their land and with it, losing their ability to grow their own food. Indigenous people are being evicted and forests are being cleared.

Many of the soybeans are genetically modified by the multi-national Monsanto and massively increase the use of pesticides – poisoning rural communities, water sources and the natural environment.

If the EU is serious about addressing climate change, the global loss of biodiversity, human rights, and the food crisis it must urgently reduce its dependence on imports of soy.

A comprehensive briefing on the use of soy can be downloaded from www.foeeurope.org/soy

The film has been produced by Friends of the Earth Europe, Food and Water Watch and the European Coordination Via Campesina.

For in depth information on soy