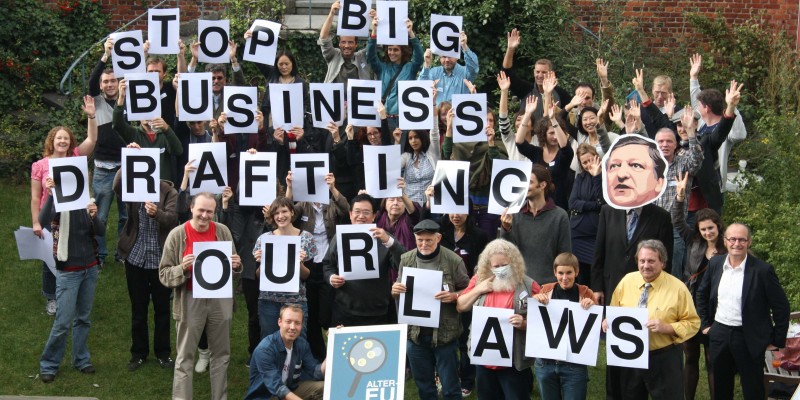 Brussels, December 1, 2011 – A vote in the European Parliament today to introduce a new code of conduct for MEPs has been welcomed by The Alliance for Lobbying Transparency and Ethics Regulation in the EU (ALTER-EU).

The code will increase transparency about MEPs financial interests and introduce rules to avoid conflicts of interest. [1] Transparency campaigners regret, however, the lack of measures to stop MEPs moving into lobbying jobs without a cooling-off period, and the weakening of proposed rules regarding gifts that would allow MEPs to accept paid trips to luxury destinations from interest groups. [2]

Speaking on behalf of ALTER-EU, Olivier Hoedeman said: "It is good news that this code of conduct for MEPs has been approved, although we regret that important issues were left out such as the regulation of industry-funded cross-party groups. ALTER-EU will be watching how well the new rules are implemented and advocating for new improvements in the run-up to the review that is planned before the next parliamentary elections."

In practice, the new code means far more rigorous rules for MEPs regarding their outside interests. They should refrain from soliciting and accepting direct and indirect financial benefits in return for influencing parliamentary work. MEPs also need to submit a far more detailed declaration of interest and they must pass any gift received worth more than EUR 150 to the parliament President. [3]

Paul de Clerck, spokesperson for ALTER-EU said: "The ball is squarely in the court of MEPs when it comes to working within the new code, and they will need to do their homework to comply with the new rules. The code's reference to MEPs not receiving external payments to influence parliamentary activities should mean that MEPs with secondary jobs in the lobbying or consultancy fields should quit such jobs. Members will also have to maintain a far more detailed and thorough declaration of their outside financial interests and any conflicts of interest must be ruled out."

Notes to the editors:

[3] The new rules also include that:
- Former MEPs who take up lobbying activities will no longer be able to access the Parliamentary facilities normally granted to ex-Members;
- Allegations of breaches of the rules will be assessed by an advisory committee, which can recommend sanctions, with ultimate decisions made by the President;
- The name of all MEPs found to have breached the rules will be published prominently on the Parliament's website.