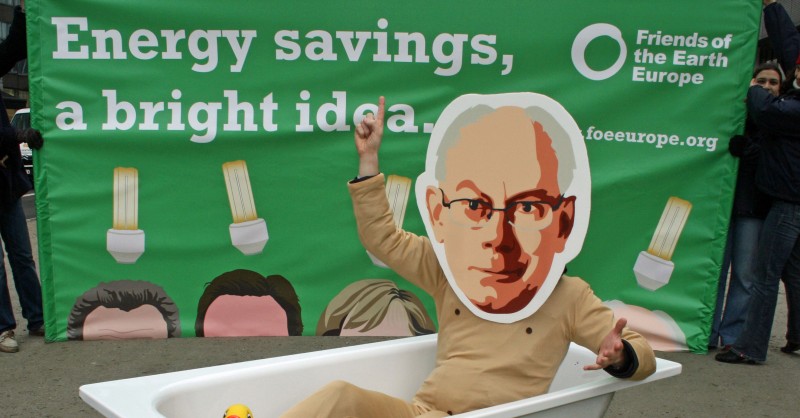 Ministers met today in Brussels for the EU Transport, Telecommunication and Energy Council. Energy efficiency was a priority subject on the agenda.

Friends of the Earth Europe is calling for a binding target to drive down Europe's energy consumption. Without stronger action the environment group is concerned that energy savings will remain a voluntary policy that European countries have so far largely ignored.

Friends of the Earth Europe climate and energy campaigner Brook Riley said: "Europe's governments are being hypocritical when it comes to the crucial question of energy savings. Heads of State said earlier this month that we are not on track to meet energy efficiency targets for 2020 and that these must be delivered - but ministers are now saying stronger action is not justified. This inconsistency on energy policy is condemning Europeans to pay higher energy bills while missing out on millions of new green jobs."

According to a leaked version of the European Commission's Energy Efficiency Plan (due for release on March 8), meeting the EU's 2020 energy efficiency target would save up to €1000 per household every year, create millions of new green jobs, boost industrial competiveness and reduce annual CO2 emissions by 740 million tons.

Brook Riley continued: "It is common knowledge that at present rates the EU will only meet half of its 20% by 2020 energy savings target. Ministers talk a lot about energy prices and fossil fuel imports but forget that the cheapest and safest energy is the energy we don't use. Europe must set a binding energy efficiency target now."