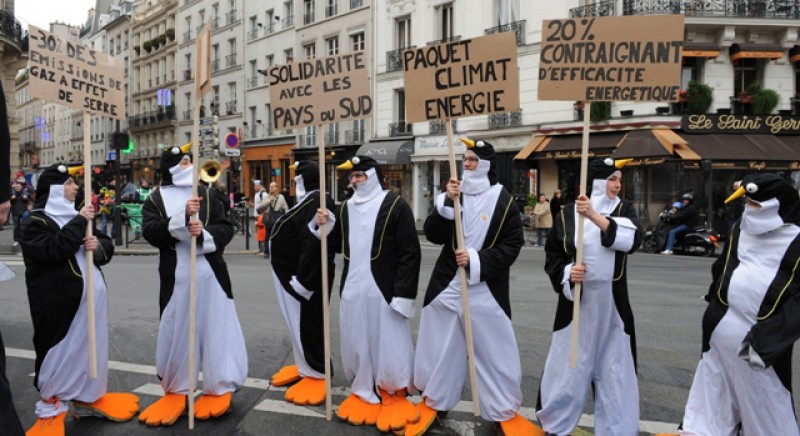 Brussels, June 21, 2011 – Poland, holders of the EU's next Council presidency, blocked any progress in climate discussions at today's Environment Council. Poland refuses to step up to a 25% domestic emission reductions by 2020 in Europe as suggested by Commissioner Hedegaard in March [1]. Earlier in the day, environment ministers failed to provide financial support to prevent biodiversity loss.

Europe needs to agree upon a climate target of at least 30%, bringing us closer to the crucial 40% domestic cuts, to offer a decent chance of keeping global warming under control, according to Friends of the Earth Europe. Environment ministers lacked ambition; Heads of State as well as the European Parliament need to raise the bar later this week [2].

Esther Bollendorff, climate justice and energy campaigner for Friends of the Earth Europe said: "It's time for Europe to break free from climate inaction. Europe has to step up to 30%, followed by 40% domestic cuts and embrace the economic benefits of more ambitious emissions targets – 6 million more jobs, import security and competitiveness. Poland's block of further climate discussions is an ominous sign for the next EU presidency."

The Council endorsed Europe's new biodiversity strategy, but did not provide the necessary increase in public spending to prevent biodiversity loss.

Friedrich Wulf, biodiversity campaigner, Friends of the Earth Europe said: "Biodiversity loss continues at an alarming rate, yet public spending to prevent biodiversity loss is below 0.2% of the EU budget. Short-sighted member states refuse to commit to even a tiny increase, threatening Europe's plan to halt biodiversity loss, and ultimately the basis of our existence for future generations."

Environment ministers faltered in another key area – rules to prevent contamination from genetically modified (GM) crops. Improved rights for countries to ban cultivation of GM-crops is the most efficient way to prevent cross-contamination between GM-crops and the food chain.

Mute Schimpf, GMO campaigner for Friends of the Earth Europe said: "Environment ministers must agree on rules to protect the public's right to GM-free food and farming. Both farmers and the environment urgently need better protection against contamination by GM-crops. Until safeguards are in place we need an immediate ban on growing genetically modified crops."

[2] Heads of State will meet on Thursday and Friday. Leadership must be shown by progressive Member States: UK, Germany, Denmark, France and Spain. The European Parliament will vote in plenary on Thursday on the "Analysis of options to move beyond 20% greenhouse gas emission reductions and assessing the risk of carbon leakage" (2011/2012(INI)). Friends of the Earth Europe urges MEPs to give their unconditional support to 30% cuts by 2020.