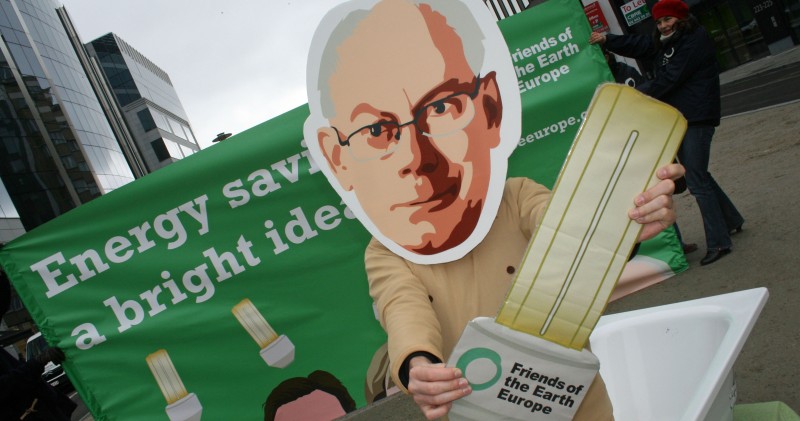 A plan to reduce Europe's energy use unveiled in Brussels today will not make savings to the extent promised, or on the scale needed to fight climate change. That is the verdict of Friends of the Earth Europe – and the plan's own authors – on the Energy Efficiency Directive published by the European Commission.

The Energy Efficiency Directive is designed to deliver 20% savings in energy by 2020. But weaknesses in the draft mean it will fail to deliver these savings, causing the EU to miss its target for energy efficiency. This assessment is confirmed by internal analysis by the European Commission which is responsible for the plan.

Brook Riley, climate justice and energy campaigner for Friends of the Earth Europe, commented: "Frankly, the European Commission is fooling itself if it believes the energy efficiency directive will deliver the 20% savings target. Its own internal analyses show that only a binding target will suffice. Instead of showing leadership the European Commission is giving in to industry scaremongering and pandering to the lack of understanding among national governments. This directive is set up to fail. "

An impact assessment of the directive prepared by the European Commission identifies a binding EU-wide target as a condition for successfully meeting the energy savings target. It also recommends strong binding measures, which the current draft excludes.

Meeting the EU's current 20% energy efficiency target for 2020 would cut annual greenhouse gas emissions by 740 million tonnes, create up to 2 million new jobs, slash dependence on energy imports and save over €1000 per year per household [1]. A strong directive would also enable the phase out of dangerous nuclear reactors without having to replace them with CO2 intensive coal or gas plants [2].

Brook Riley continued: "Tough action to meet the EU's 20% energy savings target could mean a total phase-out of nuclear energy and a 50% reduction in our use of coal. The safest, cleanest energy is that which a country doesn't need to use. Done correctly, efficiency is the key to a sustainable energy system."