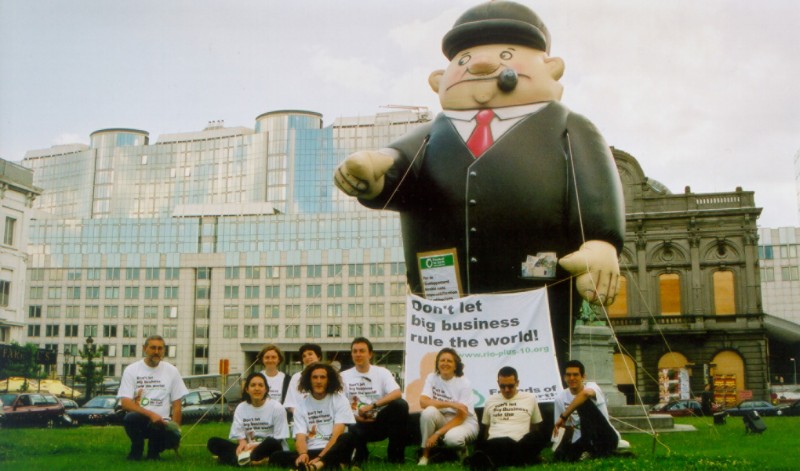 Brussels, November 17 - Transparency campaigners have welcomed today's vote of the European Parliament constitutional affairs committee (AFCO) on the proposed Code of Conduct for MEPs [1], but warned that an important loophole on the definition of gifts risks undermining the core of the proposals.

Seven months after the "cash for influence" scandal in which several MEPs were caught red-handed after accepting lucrative second jobs for tabling amendments [2], a draft ethics code for the institution is currently being decided.

Speaking for the Alliance for Lobbying Transparency and Ethics Regulation (ALTER-EU), Paul de Clerck said: "Following the cash for influence scandal, Parliament President Buzek presented a good plan to counter conflicts of interest of MEPs. Key proposals will stop MEPs from being paid to lobby their own colleagues and increase transparency on their outside interests. However, today's vote to exclude the reimbursement of direct costs from the definition of gifts is a dangerous loophole that could allow corporate hospitality to continue as now. The risk is that MEPs will continue to accept luxurious hotel stays and trips overseas. It raises doubts on how far MEPs are really ready to go to tackle the problem of corporate lobbying within the Parliament."

Following an MEP working group consultation over the summer, a cross-party consensus text [3] was submitted to the AFCO committee for vote today, ahead of a plenary vote scheduled for December 1.

Olivier Hoedeman, speaking for ALTER-EU, said: "Today's vote is both a step in the right direction and a missed opportunity. We warmly welcome the fact that AFCO did not give into the demands of a handful of MEPs who wanted to dilute the whole code, but do believe that a strict definition of gifts should be reintegrated and adopted with the rest of the proposals during the plenary vote."