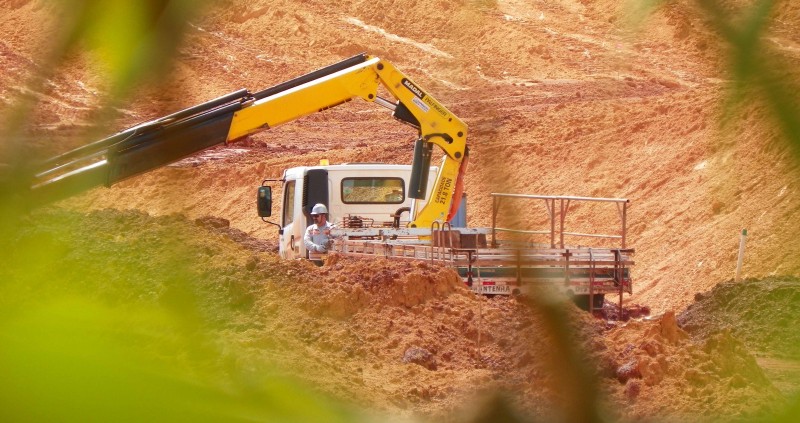 NEW REPORT: More than half land Europe consumes comes from outside the continent

Brussels, October 10, 2011 – Europe's 'land footprint' is one of the largest in the world, and the continent is more dependent on land from outside its borders than any other, new research published today reveals. [1]

Friends of the Earth Europe and the Sustainable Europe Research Institute have measured flows of 'virtual land' around the world, in order to calculate land footprints for a large number of countries and regions. The land footprint is made up of the land consumed domestically within a country plus land imported within products such as food and clothing, minus the land which is used for exports. [2]

This study shows that Europe's high consumption levels, and insatiable appetite for meat, dairy, wood and other products that require large areas of land, mean Europe's 'land footprint' is one of the highest in the world. Europe uses 640 million hectares of land a year, the equivalent of 1.5 times its own area in land. The EU average land consumption is 1.3 hectares per capita, while countries such as China and India use less than 0.4 hectares per capita.

Ariadna Rodrigo, resource use campaigner at Friends of the Earth Europe said: "Overconsumption in Europe is making the continent extremely dependent on land from outside its boundaries. This dependency on imported land is contributing to climate change and biodiversity loss. It's also having massive social impacts, including exacerbating land-grabbing and land rights violations."

Almost 60% of the land consumed in Europe is imported, meaning Europe uses land equivalent to 10 times the size of Germany from other parts of the world. Germany, UK, Italy, France, the Netherlands and Spain are all in the top 10 most land import dependent countries in the world, with Germany and the UK each importing almost 80 million hectares a year.

Ariadna Rodrigo, added: "In order to reduce our land consumption and stop the harm we're doing to other parts of the world, we need the EU to start measuring its land footprint now, and to start working out how to reduce our land use. Cutting Europe's land use means focusing on quality of life rather than continuing to over-consume products."

The study uses the most recent data available, from 2004, but it can be assumed that Europe's hunger for land is now even higher and rising due to the ongoing increase in bio-based energy sources such as biofuels and biomass.

In September the European Commission acknowledged the need to address Europe's land consumption but has not yet been specific about how this should be achieved. [3] It is proposing a two year discussion on resource use measurement and targets – Friends of the Earth Europe believes that it is clear Europe's land footprint must be reduced, and that targets should be set to achieve this.

Friends of the Earth Europe and Fiona Hall MEP invite you to a two-day conference, 'Responsible or irresponsible? Europe's resource use and its impacts', November 8th and 9th, 2011. The conference aims to highlight the environmental, economic and social benefits of moving to a resource efficient future. http://bit.ly/RConf2011

[1] The report 'Europe's Global Land Demand' by Sustainable Europe Research Institute can be read at: www.foeeurope.org/publications/2011/Europe_Global_Land_Demand_Oct11.pdf

A media briefing can be found at: www.foeeurope.org/publications/2011/Briefing_Europe_Global_Land_Demand_Oct11.pdf

[2] In this study, the land footprint of the EU and a large number of other countries has been calculated using Food and Agriculture Organisation data for national land use, combined with a trade database. Land footprints can also be calculated for individual products, for companies or for individuals, though a different methodology is needed.