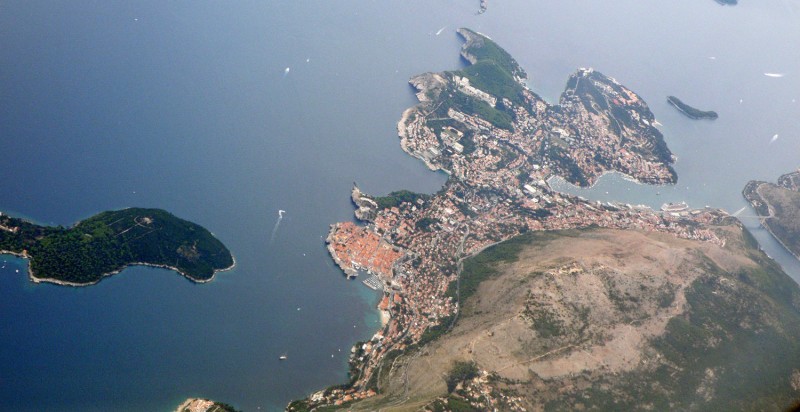 Local referendum to save Dubrovnik’s heritage

A local referendum will take place this weekend to save the cultural and natural heritage of the UNESCO city of Dubrovnik – which is under threat from plans to build a golf resort on the Srdj plateau above the city. Friends of the Earth Croatia is calling on local citizens to reject the plan, which has links to alleged corruption and tax evasion, will come at the expense of local citizens, and will permanently damage Dubrovnik's international reputation.

The Srdj plateau, an area of mixed forest and agricultural land, sits within the city of Dubrovnik, just above the medieval city. For over ten years, there have been plans to build a golf resort on the plateau. The project has been developed behind closed doors and without public participation, and is based upon proposals that were rejected by local residents two years ago.

Jagoda Munic, from Friends of the Earth Croatia said: "This golf resort will have huge impacts upon Dubrovnik's community. We risk destroying Dubrovnik's cultural and natural heritage in order to feed the pockets of greedy investors. Sunday's referendum offers local citizens a chance to reject these plans and save Dubrovnik."

The resort will be heavily reliant upon local infrastructure, which will be provided by Dubrovnik city at the expense of local citizens. It will demand 33% of Dubrovnik's current total water supply, and additional electricity, potentially linking the resort to controversial plans to build a power-plant at the source of city's river Ombla – a potential Natura 2000 area with rich biodiversity.

The resort is also linked to controversial investments and potential land grabs according to the organisation. In 2009, 4.7 hectares of land were bought from the City of Dubrovnik at far below market value, and in 2011 local media uncovered a scandal whereby ownership of the land was fraudulently claimed in order to sell on to investors. Questions have been raised about the contacts that investors are said to have within the Croatian government. Investors are also allegedly linked to tax evasion and property speculation in the UK, and arms dealing. The four Croatian companies linked with the project are currently running at a loss of nearly 11 million euro.

The referendum will take place on Sunday, 28th of April, and comes following pressure from local citizens. The local community has been ignored in decision-making process from the start of the project, and this referendum offers a last opportunity for community involvement. For the referendum to be legally binding over half of registered voters must participate.