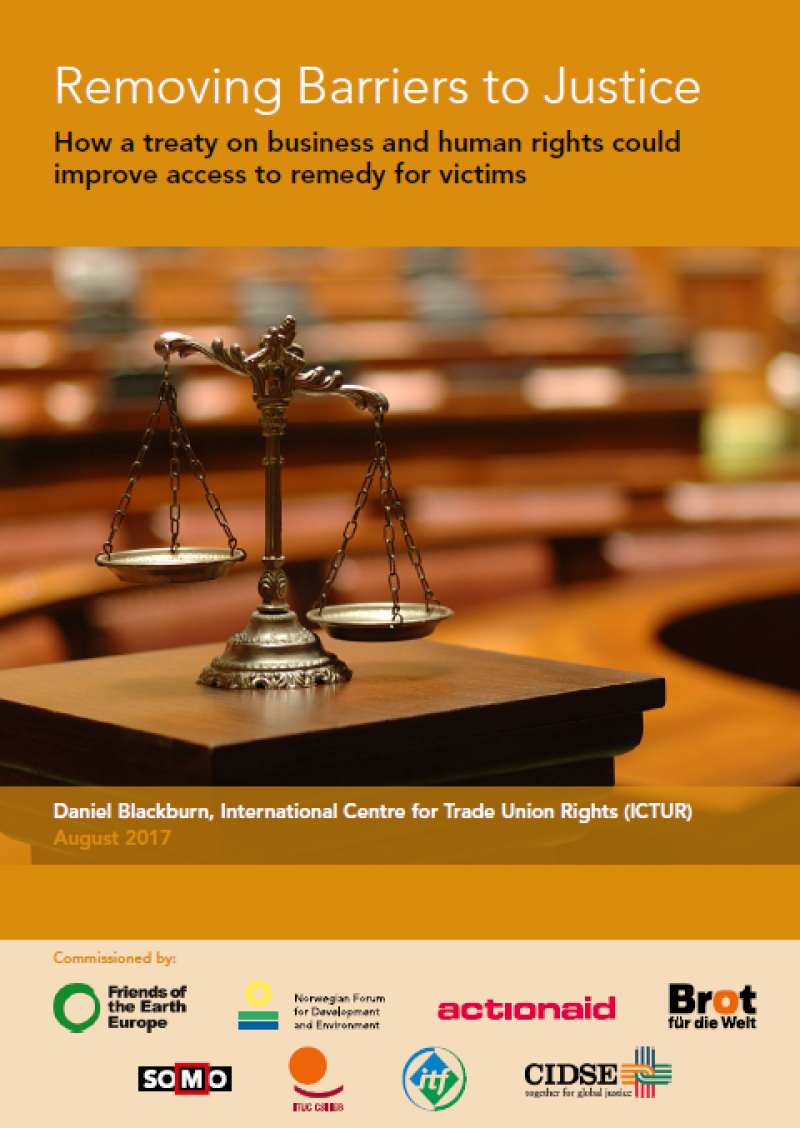 This report provides concrete evidence of continuing obstacles to access to remedy for victims of business-related human rights abuses, based on five well documented cases. It also sets out seven areas for practical reform, arguing that the UN negotiations for a binding treaty on business and human rights can offer a clear opportunity to improve the situation for victims.

In June 2014, a ground-breaking resolution was adopted by the Human Rights Council that established an Inter-Governmental Working Group to develop an 'international legally binding instrument on transnational corporations and other business enterprises with respect to human rights'. Such a 'binding instrument', or treaty, has the potential to take an important next step on the path towards remedy for victims of business-related human rights abuses.

Seeking to contribute to the mandate of the Inter-Governmental Working Group on business and human rights, this report provides more concrete evidence of continuing obstacles to access to remedy, reiterating the persisting remedy gap that a treaty might help to close. It also sets out recommendations for practical reforms, arguing that the UN negotiations for a binding treaty offer a clear opportunity to improve access to remedy for victims.

The report focuses specific attention on policy and legal developments in the European Union (EU). It identifies whether and in what way a UN treaty on business and human rights could complement and improve policy development and action at the national level to address barriers to remedy, as well as setting the framework for harmonising key elements of law.