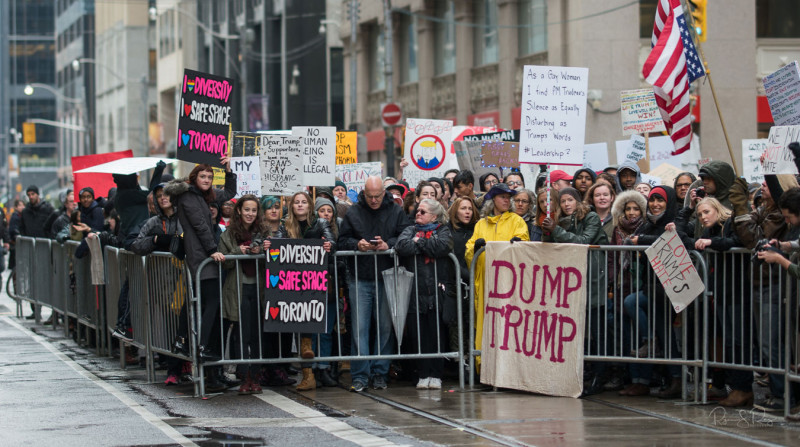 Resisting Trump and standing for justice

The battle to prevent catastrophic climate change just got harder, according to Friends of the Earth, as Donald Trump steps into the White House today. Friends of the Earth Europe stands with colleagues on the other side of the Atlantic in rejecting and fighting against the divisive, hateful rhetoric used by Donald Trump, and in resisting his institutionalization of fossil fuel interests in the White House.

The Friends of the Earth International federation is committed to supporting the many global struggles to protect the environment, freedom of religion, LGBTQ people, vulnerable communities, people of colour, women, migrants and everyone scapegoated and demeaned by Trump's rhetoric and politics. It is committed to ensuring social and climate justice.

Erich Pica, President of Friends of the Earth US, said: "The majority of Americans reject Donald Trump's extremist agenda. That's why he lost the popular vote by almost 3 million voters. We will fight against normalizing his vision in the US, as well as globally. World leaders and movements must challenge Donald Trump and any leader that seeks to divide based on hate and environmental destruction."

Friends of the Earth is calling on world leaders and movements to challenge Donald Trump and any leader that pledges environmental destruction and seeks to divide based on hate, including the racist, divisive and populist political movements rising in Europe.

Magda Stoczkiewicz, director of Friends of the Earth Europe, said: "Justice is the beating heart of our vision of a better world. This is only achievable when political, economic, racial and social justice go hand in hand. A Trump presidency, and leaders around the world, must not be allowed to legitimise racism, Islamophobia, xenophobia, homophobia and misogyny. We stand with those fighting for a safer, fairer future."

After the US election, we must fight the far right in Europe