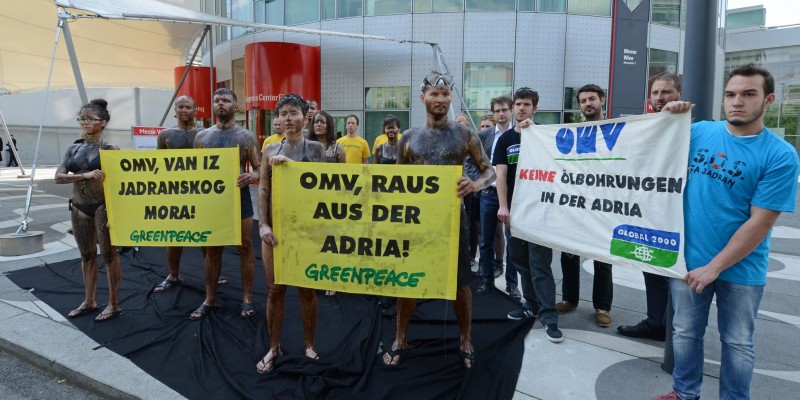 The S.O.S. Adriatic coalition – which includes Zelena Akcija/Friends of the Earth Croatia – today welcomed the decision of Marathon Oil and OMV to withdraw from the exploration and exploitation of oil and gas in the Adriatic.

The Croatian government announced plans to open up the Adriatic to oil drilling earlier in the year, with initial plans to sign contracts with five oil companies. Marathon Oil and OMV together held the largest number of Adriatic drilling concessions.

"First, the media reported that the reason for this decision was the border dispute between Croatia and Montenegro, while today the companies announced that it is because of economic reasons, low oil prices and uncertain investment. We believe that the public pressure was crucial for this decision as it is now quite clear that the majority of citizens are opposed to this harmful project, as shown by the latest surveys. We also believe that our "S.O.S. Adriatic" campaign has certainly contributed to this decision," said Zoran Tomic, the head of Greenpeace in Croatia.

The announcement comes just days after the CEO of the Croatian Agency for Hydrocarbons, Barbara Doric, announced that the negotiations with the companies were completed and that the contracts will be signed by end of July. Due to such irresponsible statements and the overall management of this harmful project, the S.O.S. Adriatic coalition is calling for the dismissal of Ms. Doric and the abolition of the Agency. It is also calling on the Minister of Economy Ivan Vrdoljak to resign as he is politically the most responsible person for this project.

"I once again call upon the Croatian Government to listen to its citizens, and withdraw from signing the contracts with the other three concessionaires. We urge the Government to declare a moratorium on oil drilling in the Adriatic. The future is not in fossil fuels, but in renewable energy sources which have great potential in the Adriatic area. The campaign "S.O.S. Adriatic" will surely continue. Together with our international partners, we will fight against new oil rigs on both sides of the Adriatic Sea," concluded Luka Tomac, vice-president of Zelena akcija/Friends of the Earth Croatia.