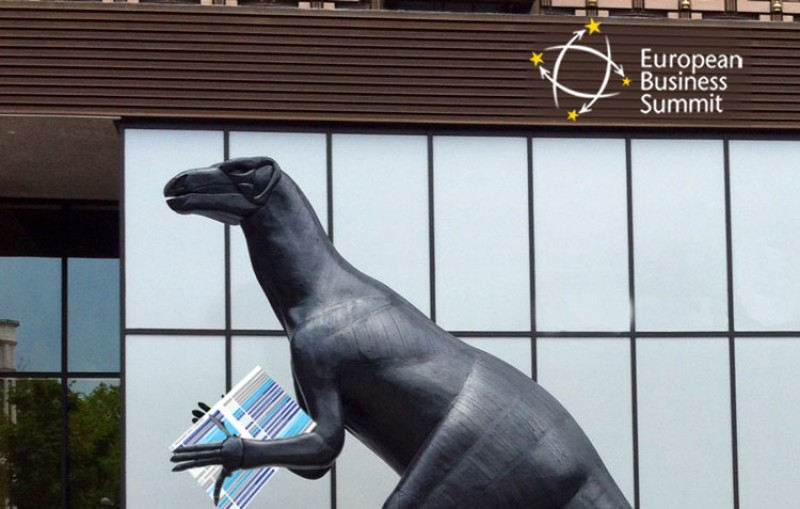 The European Business Summit kicks off today in Brussels – a two-day, €890-per-ticket gathering of industry executives and EU policy makers.

Energy will be a big talking point. It will be suggested that taking strong action on climate change will be too costly. But Friends of the Earth Europe can reveal that this is false. In fact, the European Commission's own numbers indicate that the more emissions are cut, the better the economy will do. Moreover, the targets that the climate action plan proposes are insufficient, and fail to fully understand the science. This flawed analysis is forming the current basis of conversations about the economic cost of climate action.

To find out why, one need look no further than the guest list at today's summit. Fossil fuel and heavy industry lobbyists will be out in force. Many of them have colluded to catastrophically dilute the European Commission's climate action plan for 2030.

The mantra that will be repeated by many is that a higher target that limits the growth of fossil fuels and dirty energy is not politically acceptable. BusinessEurope have gone so far as to suggest that European climate policy has been "too much driven by climate in the past".

"While the current policy for the period to 2020 was drawn up in times of prosperity, the lessons of implementing that policy and the economic downturn in the meantime mean that the costs to business of implementing an ambitious climate strategy are receiving much greater attention this time around."

Yet justifying weak targets in terms of cost-effectiveness and economic 'realism' does not hold up.

In January, the Commission proposed a target of 40% emissions reductions by 2030 relative to 1990 levels. However, unlike existing EU energy policy, there are no specific targets for green measures such as improvements in energy efficiency and the development of renewables. This leaves the door open for a massive expansion of fracking and nuclear power across Europe.

Friends of the Earth Europe has revealed that the Commission's own calculations that justified the 2030 target of 40% emissions reductions also showed that a more ambitious target of 45% reductions would be better for the economy.

A 40% target implies a slight shrinkage in GDP whereas a 45% target would actually lead to growth in GDP of 0.53%.

The analysis also ignored the health impacts of climate change (and the economic consequences of these) as well as climate disruption and its knock-on effects on food production.

Friends of the Earth Campaigner Brook Riley said: "The reason why the Commission's 2030 targets are so unambitious is clear – BusinessEurope and other heavy industry lobby groups are trying to fool us into having the wrong conversation. The economic argument for a weak emissions target doesn't add up. The lack of targets for green energy investment is bad news for the future of these industries all over Europe. Why are we still talking about an ambitious climate action plan being too economically damaging? The blame lies with those responsible for making the political climate toxic to progressive and environmentally responsible climate targets. For the next two days, many of them will be under the same roof." 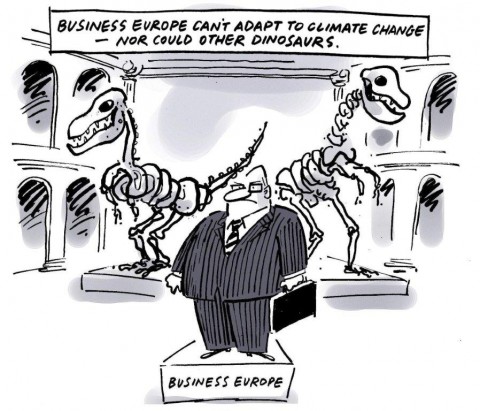 Participants at the summit are having the wrong conversation. Speakers at Thursday's discussion on 'An EU Strategy for Energy?' include representatives from Exxon Mobil and chemical giant INEOS, whose latest ventures include building ships specifically to transport US shale gas to Europe.

Elsewhere at the summit, five representatives of BusinessEurope, a powerful lobbying group that calls for a reindustrialization of Europe and rejects any calls for ambitious climate change targets, are present at a number of panels.

And the 40% reductions figure is not enough in the first place: this target leaves the door open to a 50-50 chance of catastrophic climate change. As Friends of the Earth Europe have noted, a 50% reduction by 2030 would be needed to fall in line with science, and this must work alongside binding targets to reduce energy use by 50% and increase the share of renewables to 45%. Anything less will not provide the needed investment in clean energy resources to avoid the worst consequences of climate change.

Decision-makers need to start looking at the correct economic and climate science calculations, and to stop only listening to the vested interests of polluting industries.

Energypost blog: Welcome to modelgate: Brussels’ justification for a small climate target is based on a big lie, April 28th 2014