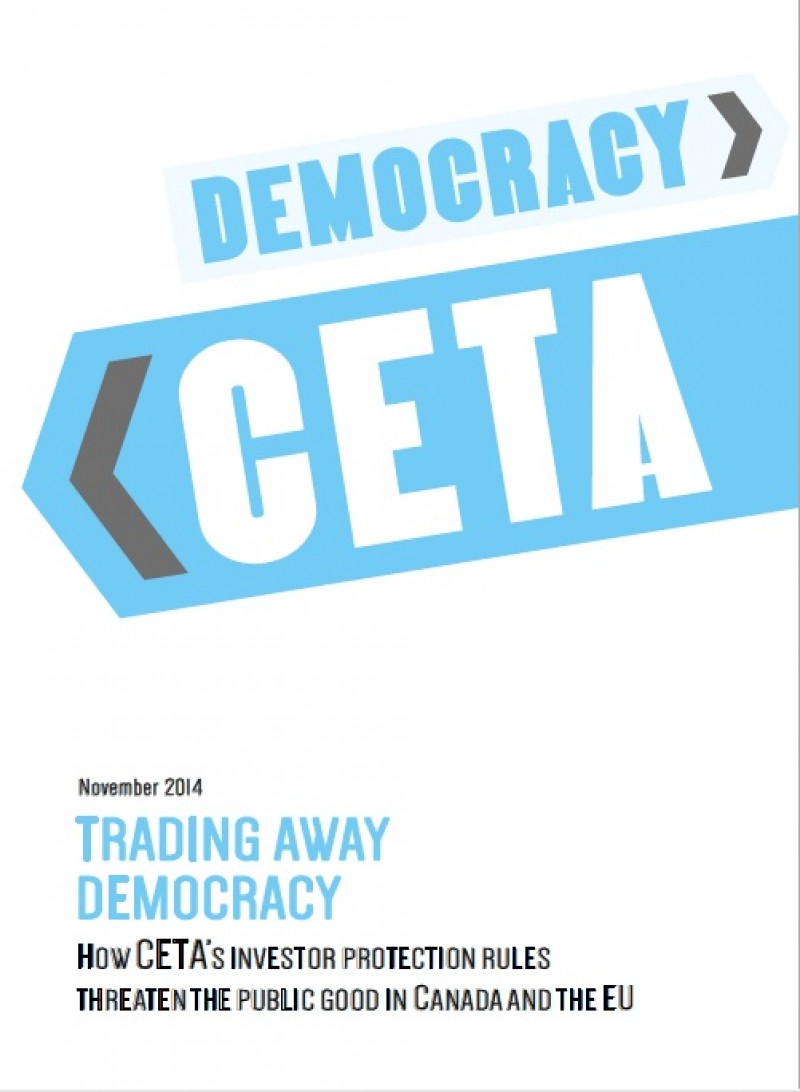 Trading away democracy: how CETA’s investor protection rules threaten the public good in Canada and the EU

On September 26, 2014, Canada and the European Union (EU) announced the conclusion of a far-reaching economic integration agreement, the Comprehensive Economic and Trade Agreement (CETA). The agreement includes an investor-state dispute settlement (ISDS) mechanism, which
could unleash a corporate litigation boom against Canada, the EU and individual EU member states, and could dangerously thwart government efforts to protect citizens and the environment.

The ISDS mechanism gives foreign corporations the ability to directly sue countries at private international tribunals for compensation over health, environmental, financial and other domestic safeguards that they believe undermine their rights. These investor-state lawsuits are decided by
private commercial arbitrators who are paid for each case they hear, with a clear tendency to interpret the law in favour of investors.

ISDS can prevent governments from acting in the public interest both directly when a corporation sues a state, and indirectly by discouraging legislation for fear of triggering a suit. Globally, investors have challenged laws that protect public health such as anti-smoking laws, bans on
toxics and mining, requirements for environmental impact assessments, and regulations relating to hazardous waste, tax measures and fiscal policies.