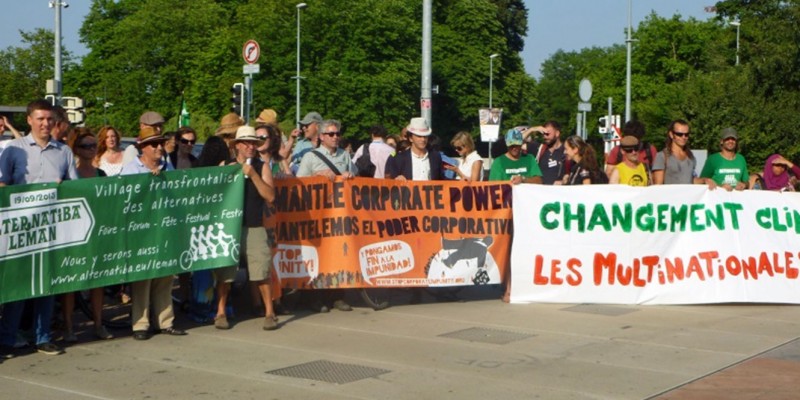 Last week, the UN for the first time formally discussed measures to make corporations legally accountable for human rights abuses. A historic session in Geneva concluded on July 10th after a week of intense and constructive discussions between countries, expert panelists and civil society organisations, with hopes high that the process could deliver a treaty that could finally bring justice and protection to millions.

At present, transnational corporations (TNCs) are expected to police themselves – and so the list of cases where they are directly or indirectly involved in human rights violations and environmental damage is extensive. As the talks began, Friends of the Earth groups in Nigeria and the USA released a new report detailing land grabs carried out by the oil palm giant Wilmar international.

The meeting was one of two open sessions on the topic – the second is scheduled for 2016 – with a treaty proposal to be developed for 2017. 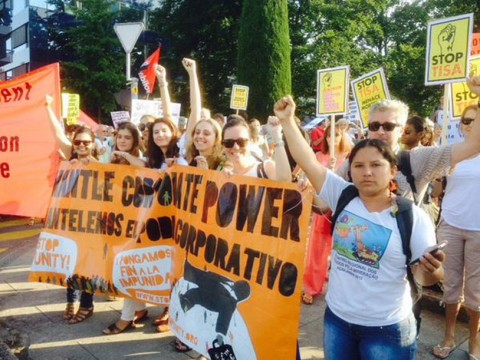 Before the Geneva session in July 2015 the EU had already announced it was not planning to take part in discussions on the scope and content of such a treaty. European NGOs like Friends of the Earth Europe have reached out actively to both EU member states and the European Parliament to ensure that the EU participates in a constructive way.

Anne van Schaik, accountable finance campaigner at Friends of the Earth Europe, explains the UN treaty process and who's fighting for it

The EU delegation attended the first day of the meeting, where it insisted on changes to the programme of work. The main demand of the EU was for a broad interpretation of the Treaty's mandate to include all business in the negotiations – not just TNCs.

The discussion on the scope of the Treaty was already on the agenda, so many states did not want to make a precondition to already agree on what the scope should be. Civil society organisations present in Geneva unanimously condemned the unconstructive EU attitude, with #stopcorporateabuse trending on Twitter. While this Twitter storm may have stopped the EU from actively derailing the proceedings further, the EU and its member states were absent from the discussions from Tuesday afternoon onwards as their proposals found no support from other states. 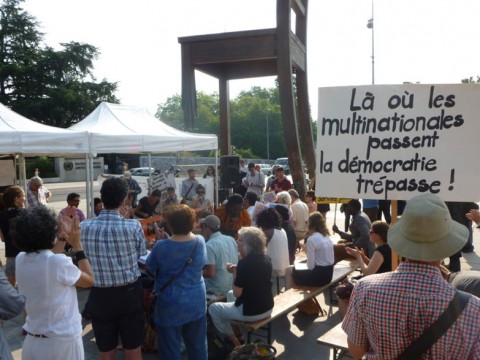 By adopting an 'empty chair' policy in Geneva instead of engaging in a productive debate, the EU gives a signal that it is not interested in providing access to justice to victims, and effectively creating an exit strategy for the Geneva negotiations. The concern is that would the EU and its member states to vote against the treaty because of its content, since they had not participated in the talks that produced it.
Corporate human rights abuses tend to occur in areas where the state apparatus is weak, and where the legal system is compromised or inadequate. Many corporations are also richer and more powerful than the states seeking to regulate them. Corporate campaign financing for political candidates also creates a layer of impunity for TNCs.

"Court cases last a lifetime in Nigeria, and companies are happy with that" said Goodwin Ojo, director of Environmental Rights Action/Friends of the Earth Nigeria referring to environmental damages committed by the French TNC Total in Nigeria.

The lack of legal protection afforded to citizen victims of corporate human rights abuses is especially striking given controversial "investor-protection" measures that corporations enjoy around the world. Many free-trade agreements include so-called "Investor-to-State Dispute Mechanisms", or ISDS, allow corporations to sue national governments for changes in legislation that could damage profits.

A binding instrument making TNCs legally accountable for their human rights violations and to ensure effective access to justice for victims is essential to rebalance power. 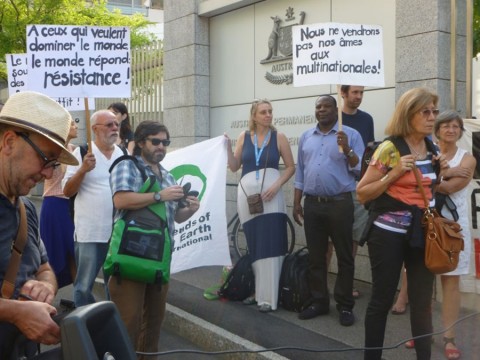 Yet while many states from the global South were present and engaged in the process throughout the week, countries from the global North – often home to TNCs – were largely absent. Their concern was that these negotiations for a binding treaty would obstruct the good implementation of the existing UN Guiding Principles on Business and Human rights – a set of voluntary guidelines for businesses.

However, most of the states that were present at the session (mainly from the South) were open to discussions and debate. Even though some divergence was visible on certain issues such on the type of companies covered by the treaty, consensus seemed to emerge on some points, like the need for the treaty to cover not just gross human rights violations, but also other types of rights – such as core labour rights and environmental rights. The binding nature of the final treaty, and the need to improve access to justice for victims of corporate human rights abuses were also largely recognised by states. Contributions from expert panelists and civil society organisations also helped to have constructive and in-depth discussions.

The week concluded with general satisfaction from the room and the hope that this ongoing process could effectively ultimately lead to a binding instrument on business and human rights. That said, it is understood that the road towards any agreement will be long, and will need the backing of countries absent during this week's discussions. The next session of this Intergovernmental Working Group will occur in 2016, and a final proposal will be presented in 2017 to the UNHRC. The battle to put an end to corporate impunity and protect human rights effectively continues.