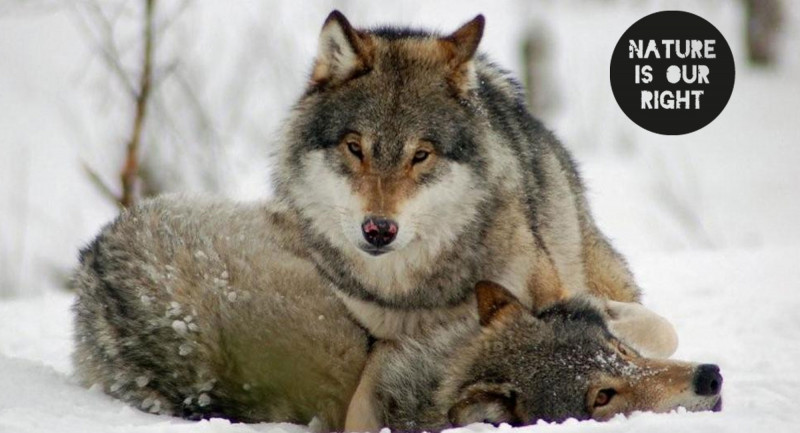 The Norwegian government has today refused a license to shoot 47 of Norway's 70 protected wolves, following an appeal and high-profile campaign from Friends of the Earth Norway. The announcement was made today by Vidar Helgesen, Norway's minister for climate and environment.

The Norwegian government concluded there was no legal basis under Norway's national protection law nor the Berne Convention to shoot protected wolves.

Norway's predator management authorities had threatened to destroy four wolf families in designated protected areas, in addition to 15 individuals elsewhere in Norway – 47 wild wolves, or 70% of the entire population of the endangered species. This prompted a strong reaction both in Norway and across Europe, and almost ten thousand individuals from Norway and across Europe emailed Minister Helgesen.

Silje Ask Lundberg, leader of Friends of the Earth Norway, said: "This is a very important victory for the most endangered mammal in the Norwegian fauna. This is the Christmas gift of the year to those who care for nature and endangered wildlife. We thank Minister Helgesen, who has stopped the mass slaughter of Norwegian wolves!"

"The decision is hugely important, as it states that wolves who don't catch domesticated animals cannot be hunted down freely. This shows that the predator management authorities' efforts to shoot as many wolves as possible is inconsistent with current law. We want to thank everyone who has helped us to save Norway's wolf families. Together, we put the pressure on the government that made this possible. This is the people's victory for wolf in the Norwegian nature."

Three of the four wolf packs live in Norway's designated wolf area, and none of them pose any threat to grazing livestock, say Friends of the Earth Norway.

How Norway went from eco hero to zero