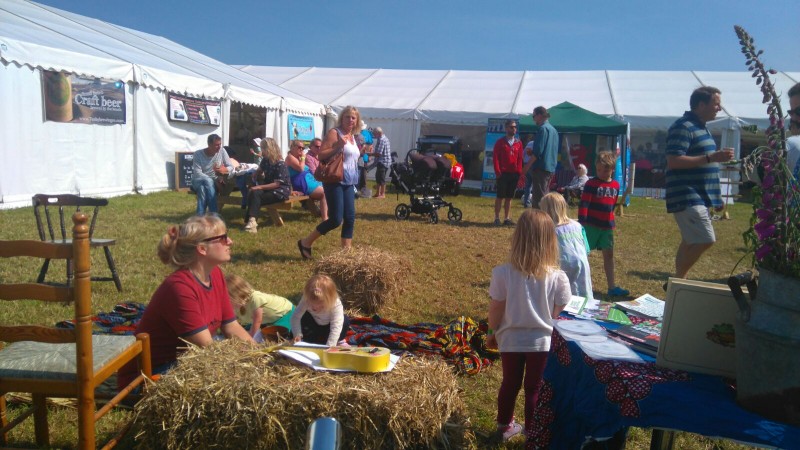 Cows, ukuleles and no to GMO! Agri-activism project kicks off in Wales

This summer four lucky young people have been selected for an agri-activist opportunity at the Caerhys organic farm in south Wales: Elena, Janny, Josie and myself, Lili!

In pairs of two we are spending two months with the organic farmer and anti-GM activist Gerald Miles doing different tasks at the farm and helping him campaign against GM crops and pesticide use.

Gerald does not only run the farm on local, organic principles, but he is also a prominent anti-GM activist. His farm is home to a CSA (Community Supported Agriculture) project where a community of people share and support organic food production, in a spirit of friendship and trust.

After 22 hours of travelling across countries and seas, I arrived in the county of Pembrokeshire, in South Wales. I received a warm welcome from Gerald, and I finally arrived at the end of the world to this piece of heaven on Earth that is the Caerhys farm. Since it was dark, I had to wait until the morning to be stunned by the beautiful view that our caravan has to offer: just look at it! WOW! 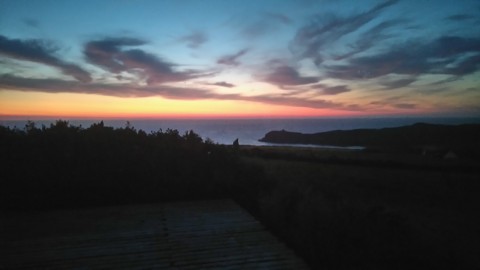 After a tour of the farm, I got stuck into things and performed my first farmer/activist job with Gerald: saving a newborn calf and her mother from a bullying cow!

After weeding all afternoon, we celebrated the arrival of Elena around a nice pint of Welsh cider at the rehearsal of the local Pembrokeshire Ukulele Pirates (all the profit from the sold CDs is given to charity – they sound amazing, so do some good to your ears and to others now YOHOHO!

Over the next few days we learned the different farming tasks that need to be carried out, like sowing, weeding, hoeing, transplanting, watering, harvesting and hunting for slugs.

On our very first weekend we went to the Welsh Agricultural Show, where we found out what happens exactly at these agricultural show, and discover the very astonishing local breeds of sheep – and their beauty contest! Pure fun!

On Sunday we did a 20km walk on the coastal path to the closest and smallest city in the UK, to St David's. The scenery is just breathtaking! 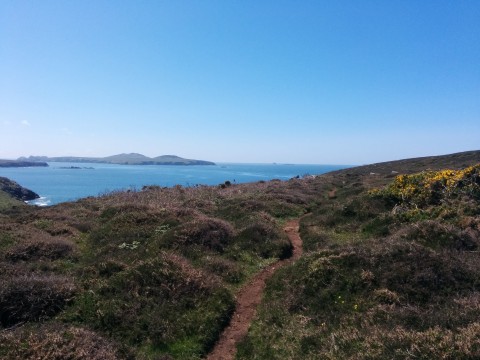 The following week we get started with our first campaign: raising awareness about glyphosate, and eradicating it from the shelves of local supermarkets! The first step was to create a short and clear leaflet about glyphosate that we can already hand out at Gerald's upcoming lecture in St David's about the dangers of GM crops and pesticide use.

Our next step was to reach out to more people at the local Very Wild Food Festival, and infrom them about CSAs, GM crops and glyphosate. Luckily the weather was lovely, so we were very successful with people of all ages, from the youngest to the oldest!

So there it is, a brief little insight about what we have been doing during our first 10 days! Stay tuned because in the following article I will tell you more about how to make bread, fun facts about pigs, what cattle selling looks like and how we did at the Blue Lagoon Festival!