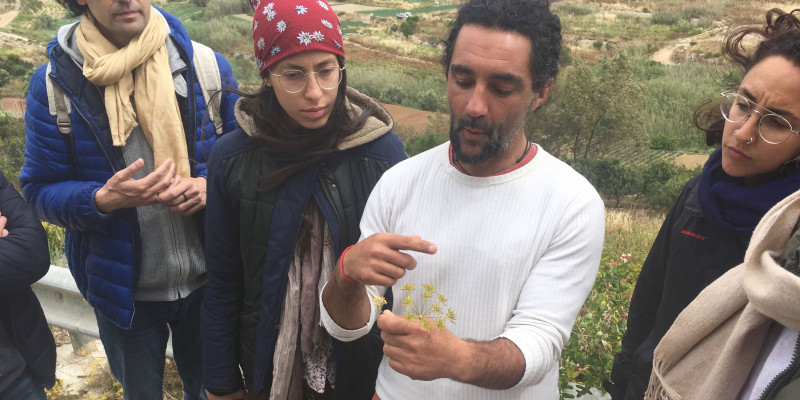 Young Friends of the Earth Malta followed up their successful first round of crop-growing workshops by bringing more young people together to learn how to farm sustainabily in a dry climate.

The course was run by the permaculturist Peppi Gauci. Peppi is no longer a young farmer, but he was when he started the impressive Bahrija Oasis over 15 years ago. This was a barren site in one of the most windswept areas in Malta. He set off to regenerate the soil and create a holistic circular system. The course was organised to inspire youth that what is perceived to be impossible is possible, and through perseverance, collaboration, making allies, we can create a better system.

The course discussed the local context, the political situation, whether local food sovereignty is possible in a country dependent on exports, food resilience and many more interesting discussions. Peppi has also mentioned how through his work and persistence with government officials he had managed to change the law on composting in Malta, and that we all can engage and create change in our own ways.

Participants left both with tools in permaculture design and how low-input food systems can be created, but also critical thinking about current food systems.