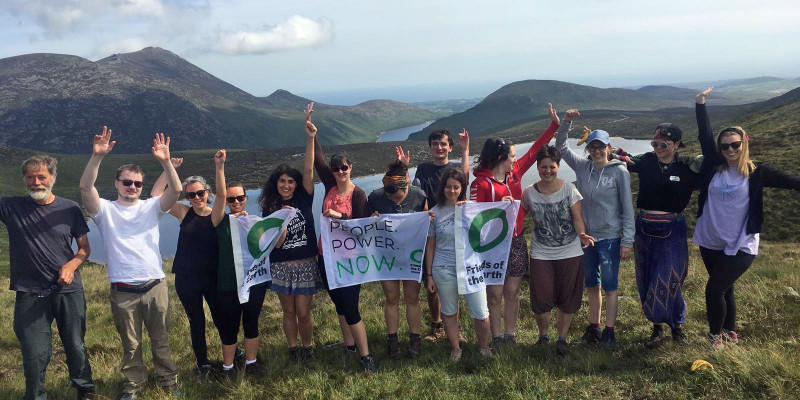 As summer turned to autumn, young people from the Republic of Ireland and Northern Ireland came together for three days on a farm on the
border of the north and south to build skills, knowledge and solidarity with farmers in the face of Brexit.

The Growing Together project brought the Friends of the Earth Ireland and Northern Ireland teams together to host a solidarity building farm residential at the family farm of Young Friends of the Ireland member, V'cenza Cirefice and her family in Newry, County Down.

The group of young people from both the Republic and the North of Ireland came together to learn about the challenges being faced by farmers in the North and to build solidarity with farmers in the face of Brexit.

Over the weekend young people met with young farmers living on either side of the border to learn about their struggles and the opportunities to support them. They also learned about a variety of farming methods such as agroecology and mob grazing. They were visited by local craftspeople and activists to learn traditional practical skills such as wool felting and bee keeping and to hear about other local struggles including mining.

Young people from urban and rural backgrounds engaged in a variety of other activities and workshops including story sharing, active hope and action planning for the future. They joined members of the local Camphill Community for a film screening and participated in an 'earth walk' in the Mourne Mountains.

Food was provided by the local Camphill Community and other growers and prepared by activist and sustainable food enthusiast, Rebecca Mann.