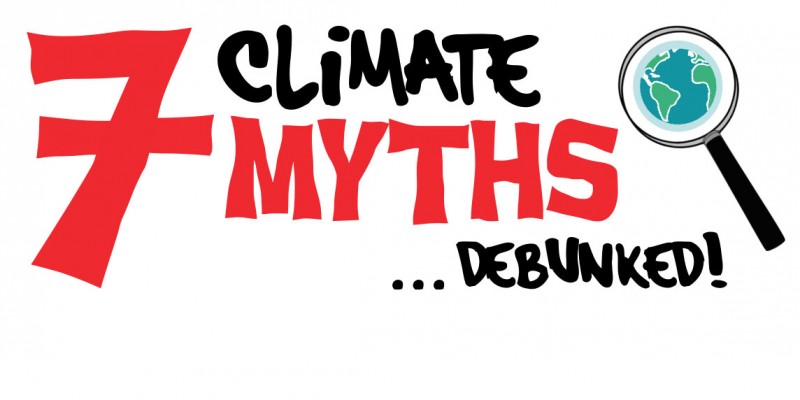 Climate Myth #2: It's all China and India's fault!

In the run up to the COP21 UN climate talks in Paris this December, we're busting some commonly-heard climate myths, from shifting the blame to India and China to putting our faith in techno-fixes. Catch up with last week's mythbuster – "big business is part of the solution"

At every COP, we read "China and India are blocking the negotiations". We're told that developing countries refuse to recognise their own responsibility, their current pollution, and selfishly play the blame game to keep polluting as industrialised nations have in the past. We're told that even though it is unfair that rich nations have polluted for decades, we need to overlook inequalities due to the state of urgency we're in.

The mainstream media stresses how countries from the Global South are being utterly counter-productive, and come to the conclusion that in wishing to underline the importance of historical responsibility, it is these countries, indeed, that are blocking any progress. Every year, the climate justice discussion is derailed by this narrative.

In this article, we'll try to unpack the various oversimplifications, falsehoods and even hypocrisies behind these ideas.

1. Why discussions on historical responsibility matter

The responsibility of industrialised nations in climate change is undisputable. Historically, rich nations have emitted about 80% of the CO2 from fossil fuel combustion (map pictured below). However, this gas stays hundreds of years in the atmosphere. That means roughly 80% of the gas heating up our atmosphere today, in 2015, were emitted by the Global North. That CO2 is still ours. Because most greenhouse gases stay in the atmosphere for so long, the discussion on historical responsibility is still relevant, more than two centuries after the industrial revolution.

This online tool from the Guardian shows in greater detail the responsibility of rich countries.

Furthermore, it's worth underlining that rich European nations have also imposed the root cause of climate change - a capitalist and extractivist economic model - to the rest of the world throughout the last five centuries, through more or less violent means: colonialism, structural adjustment plans, free trade treaties... We could argue the Global North bears historical responsibility twice.

Rich nations have profited from this economic model, but refuse to recognize their responsibility and wish to equate it to developing nations. That's simply not fair.

2. National vs. per capita emissions

When we as Europeans place blame on countries like China and India, when we stress just how much the two countries emit today in 2015, we're focusing on national emissions as opposed to per capita emissions. This way of evaluating carbon footprints conceals huge disparities: even if China has now surpassed the United States in terms of emissions, a person from China actually emits about 2.5 times less an average American.
It simply doesn't make sense to compare differences in emissions between two countries without addressing differences in population.

To compare national vs per capita numbers, you can check out the Global Carbon Atlas.

When we focus on China's emissions, we also forget an important part of the story: the fact that China is the "world's factory". As a consequence of globalisation and outsourcing, many nations from the Global South produce a great deal of what the Global North consumes.
Because this isn't taken into account when national carbon footprints are calculated, numbers are distorted, and the emissions of countries from the Global South are artificially inflated, while those of the Global North are reduced. The map pictured below shows how a big fraction of China, Russia, Saudi Arabia, India, South Africa's footprint can actually be attributed to the United States, the UK, Germany, France, Italy...

You can read more about this study here (in French)

This myth also hides the tremendous efforts countries from the Global South are making to invest in clean energy.
For example, the chart below shows how China is actually leading the way on the front of investments in renewable energy. European countries even resorted to protectionism a few years ago, fearing their markets would be flooded with Chinese technology... but ambition and efforts of emerging countries are systematically erased or minimised.

It's also crucial to underline that when we look at pledges made by developing nations vs. industrialised nations, developing nations consistently demonstrate more political ambition. They are achieving more than their fair share. The most recent pledges have demonstrated this yet again. The Civil Society review calculated fair shares for every country, according to their historical responsibility, right to sustainable development and capacity. The map pictured below shows how rich nations are doing much less than is required by science and equity, and how countries from the Global South are stepping up to the challenge, and often doing more than what's fair. The conclusion of this review is simple: current pledges put us on the path of climate disaster and rich countries aren't living up to their responsibilities.

To know more about what each countries' fair shares, you can also check out this page.

The increased efforts of countries from the Global South can partly be explained by the fact that these nations will be hardest hit by climate change. The map pictured above shows clearly how countries that have contributed the least to climate change pay the highest cost. This is why climate change is so unfair.

Another classic double standard in the media: air pollution is regularly presented as a Chinese problem although it is a global issue. Last year in March, for several days, Paris was the most polluted city in the world - and even as French politicians failed to react, China is still presented by the French press as the epitome of political inaction to this day.

6. The erasure of mobilisations in the Global South

The narrative that the Global South is uninterested in initiating the transition is also blatant erasure of local and national mobilisations in these countries.

In these countries, where people have been experiencing climate change and environmental disasters for decades, strong movements of resistance are mobilised to demand change from leaders. In China urban communities are rising against air pollution and winning important victories. In India, local movements fight the coal industry and deforestation. In Algeria communities are effectively resisting fracking.

These communities offer alternatives models of development for their countries - why are their stories seldom told?

7. Who's really blocking negotiations in the UN ?

Pinpointing which countries are responsible for the lack of progress at the UNFCCC is an issue of perspective. Different people hold different views on why 20+ years of talks have not brought about real change.

However, we rarely hear about the different techniques that countries from the Global North resort to, to effectively divide groups and block the negotiations. When countries like the United States fail to ratify the Kyoto protocol, when Canada doesn't respect its pledges, when Japan backtracks on its initial pledges, when Europe refuses to scale up efforts for a meaningful transition, when rich nations fail to meet promises for the Green Climate Fund, when new deals erasing historical responsibility because "times have changed" are drafted and rich nations seeks to share the burden despite having enjoyed the fruits alone... who then, is really blocking the negotiations?

Every country has to take action, but every country has different responsibilities. It seems that constant demands that countries from the Global South drop discussions on justice in the name of urgency, at a time when rich nations fail to take action themselves, is simply a way for the Global North to erase historical responsibility. By choosing to do this, the North is negating the Global South's right to clean development, only furthering the injustice. The bottom-up approach that the UNFCCC has chosen is not helping. What we need is a fair carbon budget, dividing the remaining giga-tons of CO2 we can still emit in our atmosphere. This top-down approach - taking into account justice - would create the necessary framework to push rich nations to lead the way, compensate countries from the Global South and finance their transitions. And that, is climate justice.