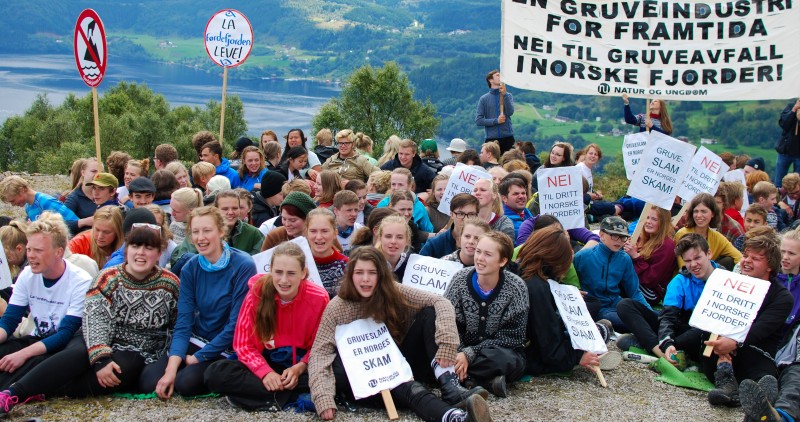 Tina Andersen Vågenes from Natur og Ungdom (Young Friends of the Earth Norway) shares their group's story of local fight to save Norwegian fjords from mining waste. The Norwegian government approved the large scale disposal of mining waste in the Førde fjord in May. However, the fight is not over yet.

On the 8th of December, the Norwegian Environmental Authorities gave their approval to a new copper mine, the waste of which will be dumped at sea, in Reppar fjord, Finnmark. Now, protesters are gathering to fight the mining project, says Young Friends of the Earth Norway. In 2015, the Norwegian government and Environmental Authorities approved two harmful projects for mining and sea deposits of tailings (mining waste). In April, a mining company got approval to dump 200 million tonnes of tailings in the Førde fjord from a rutile ore mine in the Engebø Mountain. After the Reppar fjord mine was approved in December, it became clear that the Norwegian government is willing to risk nature and food production for the sake of profit.

The approval for the mine came the same day that a large delegation from Young Friends of the Earth Norway (Natur og Ungdom) began their trip to Paris for the international climate negotiations. The Environmental Authorities gave permission to develop a copper mine from the Nussir and Ulveryggen Mountains, and to dump 2 million tonnes of waste into the Reppar fjord. The mine was granted the right to deposit a total of 60 million tonnes of mining tailings over 20 years. Both the Førde fjord and the Reppar fjord are national salmon fjords, and home to many endangered species. Local fishermen in both places are now seriously concerned for their future. The mining area of Reppar fjord will also interfere with the reindeer-herding district, where the indigenous Sami people keep large stocks of reindeer. The Sami people have protected rights to use the area for traditional keeping, and any industrial projects in the area should be consulted with the regional Sami Council. The Sami Council and local reindeer herders were consulted about the Reppar fjord mine, but all dialogue was ended abruptly a few months before the decision. All input from the Sami Council, NGOs and locals was clear – to approve the mine would be irresponsible. In December the Environmental Directorate went against the Sami appeal to stop the mine. This has sparked massive protests from the Sami Council, who are now considering a lawsuit. 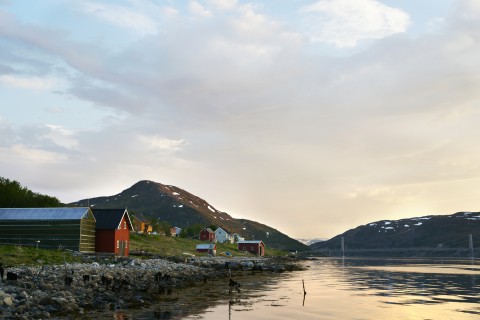 Young Friends of the Earth Norway will not accept the decision to dump toxic mining tailings in valuable fjords. Several environmental organisations have sent an appeal to the ESA-court to stop the projects, on the grounds that Norway is illegally breaking the Water Directive. The Reppar fjord mine will interfere with indigenous rights, and the Sami Parliament is considering a lawsuit against the approvals. Over 2,000 people have already signed their name to a list threatening civil disobedience to stop the Førde fjord and the Reppar fjord mines.

If you want to know more about the actions or need more information about the cases, please contact Tina Andersen Vågenes, central board member in Young Friends of the Earth Norway at tinav@nu.no.