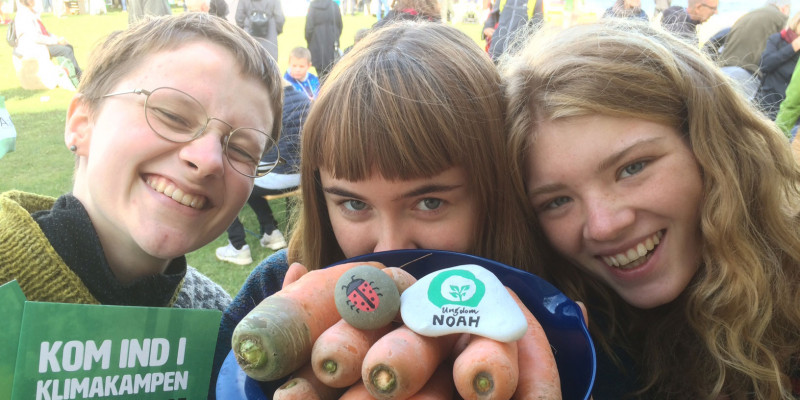 For three days in September, Ungdom NOAH/Young Friends of the Earth Denmark toured the north of Jutland to inform people about food sovereignty.

The group of activists joined the 'Aalborg bæredygtighedsfestival' festival, where 500 local people passed through their 'food sovereignty booth' and debated how we secure rights, health, biodiversity and climate in our future food system. Participants have competed to win badges stating "I know what food sovereignty is" and local fruit and vegetables.

The action was reported on by the local media.