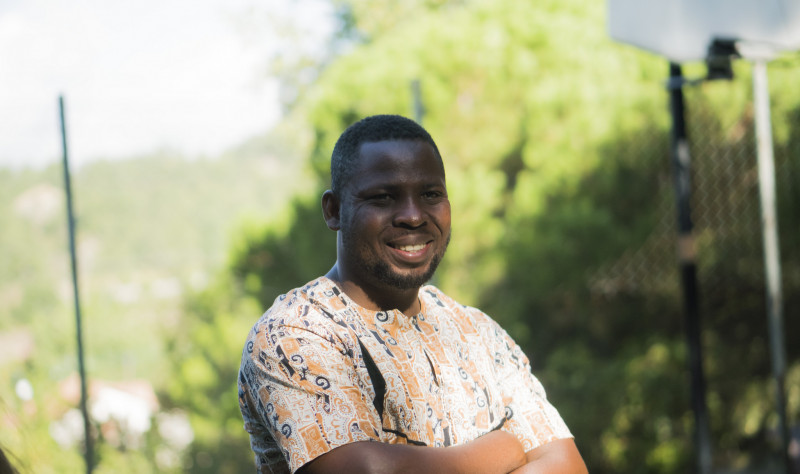 Gas flaring in Nigeria: women on the front lines

At our 2018 summer camp in Cyprus, we heard from Ubrei-Joe Maimoni Mariere about the devastating impacts oil companies like Shell are wreaking in the Niger delta.

Gas flaring in Nigeria started 62 years ago, when oil exploration activities started – in 1956 precisely. It has really wreaked so much havoc. It's poisoned our food system.

Gas flaring is a regular incidence in Nigeria, it's 24 hours a day, seven days a week, 365 days a year without stopping.

What is gas flaring?

Gas flaring is associated with oil exploration activities – during drilling for oil, three things come out from the ground: oil, water and gas.
Water is very easy to separate from the oil, but gas is difficult to separate. So the only techniques that work to separate gas from crude oil is to burn it off in the form of a giant flame – that's gas flaring.

Some gas is flared offshore, the majority is on land

Different oil companies have different techniques. Some oil companies like Shell normally use horizontal flaring. If gas flaring sites are close to communities, they tend to be horizontal, but if it's really far away from communities they try to make them vertical to have less impact.

The pipe that the gas fire comes from is about ten centimetres wide. The size of the flame depends on the pressure from the ground. If it comes at full force, the flare can be ten, twenty metres long

Communities that live near gas flaring sites are, on a daily basis, exposed to health challenges like asthma and cancer. There is also evidence of poor agricultural yields, and impacts on water resources and fisheries.

Fruit trees near gas flaring sites stop producing fruit after a few years, as the local environment becomes too harsh for bees to pollinate.

Respiratory arrests are also a problem. There are issues of miscarriages in these comunities.

They use the heat to dry their fish and cassava extracts. We discourage people from doing this, but it will amaze you to hear that Shell saw this as a form of empowerment for the local people!

How do you deliberately allow community people to go into flare sites and poison their food system, when you know it is really detrimental to their health? And you call it empowerment? That is ridiculous!

We tell people: you have the right to know how Shell is killing you.

Women on the front lines

Talking about gender impacts - the people who go to the flare sites to process food are women, not men. So they are the first targets of the impacts - there is evidence of women going to flare sites developing skin cancer. Women who are pregnant have experienced miscarriages.

Most people who are asthmatic in those communities are women and children.

Women are in great danger as a result of gas flaring in the Niger delta.

Shell also builds hospitals in oil-producing communities - but without equipment, without drugs for these people. And they call that compensation for the health impacts people experience from gas flaring sites.

Now, do you deliberately poison me and build a hospital for me so that when you constantly poison me, I will be going to the hospital? That is really crazy. And that's what we see in the Niger delta.

In 2005, gas flaring was declared illegal in Nigeria in a high court ruling, in a case between Shell and a group of local communities represented by Jonah Gbemre, a community activist.

The judge also stated in the ruling that gas flaring is a violation of human rights.

Since the judgement, the government has refused to enforce the high-court ruling, so I am very sad to inform you that gas flaring still continues in Nigeria.