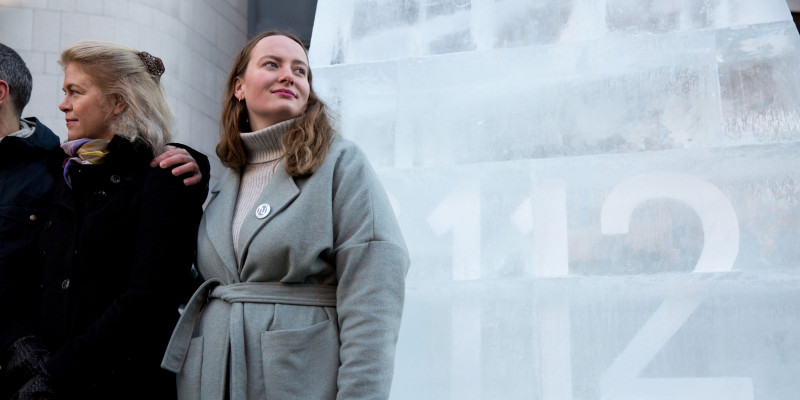 The Court of Appeals in Oslo today made its judgement on the Norwegian climate lawsuit, which had been brought by a number of plaintiffs including Natur og Ungdom/Young Friends of the Earth Norway. While the Norwegian Court rightly upholds the Constitution which guarantees everyone's right to a healthy environment, it doesn't acknowledge the environmental boundaries breached by awarding 10 oil drilling licenses in the Arctic.

"This is a big step closer to guaranteeing our future and sending a message that we can't afford to drill for new oil. The Norwegian Court of Appeal is standing behind the constitutional right to a healthy environment, and finding that the Norwegian government could be responsible for emissions made by Norwegian oil burned abroad," said Therese Woie, head of Natur og Ungdom/Young Friends of the Earth Norway.

"We are happy the Norwegian Court of Appeals acknowledges current and future generations' right to a healthy environment and that right also includes the duty to take into account the full emissions from the burning of Norwegian oil, wherever that takes place. This is an important legal victory on the right to a healthy environment under the Norwegian Constitution. Still, the Court finds that the threshold for invalidating the oil drilling licences is not breached. The co-plaintiffs will appeal the judgement to Supreme Court, as it is clear that this necessitates further review by the judiciary." said Frode Pleym, head of Greenpeace Norway.

The Court of Appeal additionally found that the case raises important principles pertaining to the environment and the living conditions for current and future generations. Thus it has ruled that Greenpeace and Nature and Youth do not need to bear the government's costs from the District Court nor the Court of Appeal.

"People, government and polluting industries across the world should take note: this is what can be achieved by a growing and powerful youth and environmental movement who are determined to take ownership of their human right to a sustainable future." continued Therese Woie.

Norway is the 7th biggest exporter of climate-wrecking emissions on the planet. The country's total exported greenhouse gas emissions are ten times bigger than the domestic emissions from production.