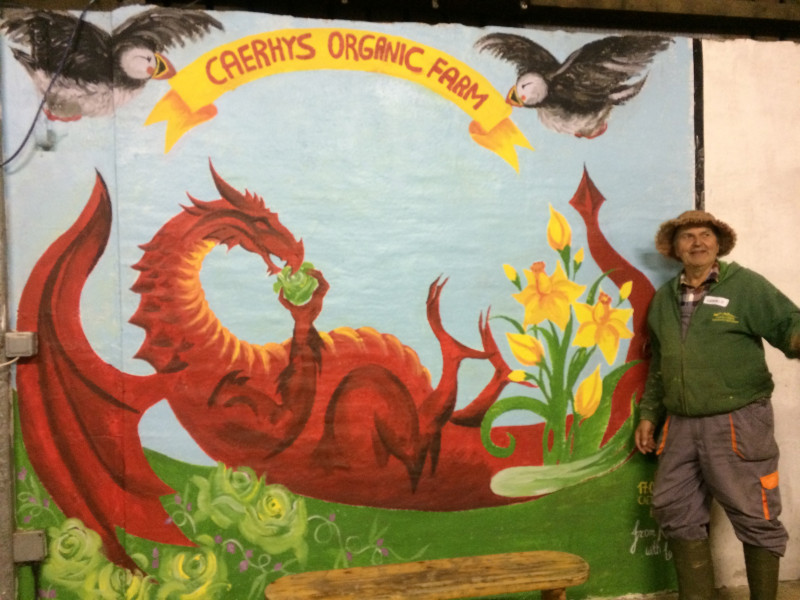 Roundup the Roundup! Part one: What is glyphosate?

Our agri-activism volunteers in Wales are getting stuck into campaigning against harmful agricultural practices. Costas Kaloudis tells us about why they are fighting the herbicide glyphosate in particular.

My first blogpost about my agri-activism placement at Caerhys farm in Wales is different than I expected. Many learnings and experiences I have had here are worth explaining in a lot more detail, but they will come a bit later. For now, we are up to some proper activism and therefore I decided to deviate from the normal order of doing things and get straight to the essence of this placement: Working and campaigning for healthy, clean and sustainable food and agricultural systems.

Gerald, Tosca and I are busy campaigning against glyphosate, which we have set as the main objective of our placement this summer. The reasons for this will become clear, by reading this and the follow-up post. 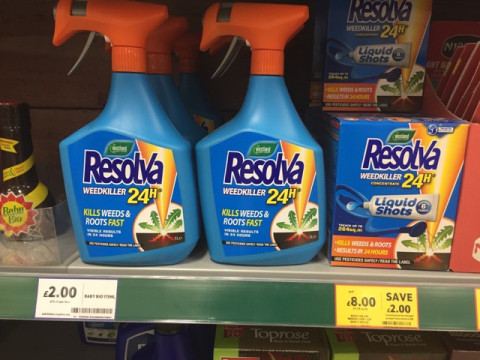 Glyphosate is the main active ingredient in many herbicide products. Its herbicidal properties were discovered by researchers of the multi-national agri-business and biotechnology company Monsanto. Four years later it was brought to market as the renowned product that has become the company's flagship ever since, Roundup. It is a non-selective herbicidal ingredient used to control both broadleaf grass and weeds. As for the farming use of glyphosate, 2014 statistics from the United Kingdom show that 2,241,105ha of land are treated with glyphosate (an area the size of Wales) with a total of 1.910, 524kg of product being sprayed. That is a 3,000% increase in 20 years.

Glyphosate is applied to a wide range of crops including cereals, oilseed rape, field beans, sunflowers, grain, maize, sugar beet and grassland. Nowadays, it is also commonly used for gardens and public areas. It accounts for around 25% of the global herbicide market, and is undoubtedly a very effective ingredient, simple to use and cost-effective for farmers and therefore was quickly adopted widely. Monsanto has also sub-contracted it to other companies, but after the patents expired, many more companies have produced equivalent products. 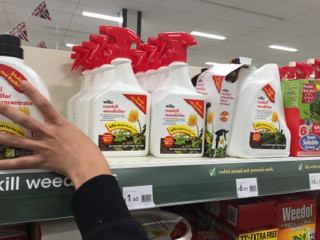 What's the matter with glyphosate?

The above mean that we are all exposed to this ingredient at least through our food consumption (except for those who only eat organically grown food). And it is likely that your municipality and your neighbours use it in alongside roads and pavements and/or their gardens. Indicatively, pesticide residues in UK bread have risen from 28.24% in 2001 to 63.43% in 2013. That would equate to three out of every five non-organic bread products on the market .

In other words, glyphosate is all around us and also in our food. Is that a problem? Yes, it is.

In general, there's strong evidence that this herbicide compound causes birth defects and probably causes cancer. There's also reason to believe it causes or exacerbates numerous chronic illnesses. The most high profile report about the negative consequences of glyphosate to humans was made by the World Health Organisation (WHO) after IARC – the organisation's cancer research arm – published an assessment in March 2015 stating that the herbicide solution is "probably carcinogenic to humans". 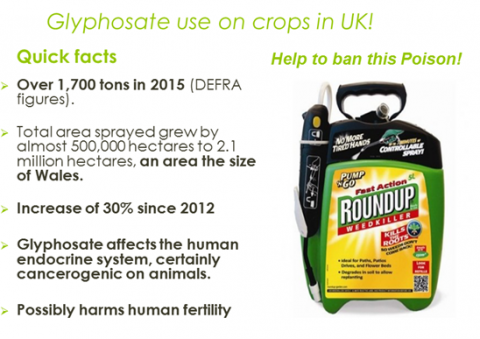 When one starts to look more into more detail into the likely effects of glyphosate (many of them proven through animal testing), the facts start to get scary. The cancerogenic effect on human cells is only one of many on the list. Research has been done by many institutions and the following are some of the highlights:

Of all these effects, the ones to humans are harder to establish with certainty. And to do that with proper scientific rigour takes time. But science has been catching up and there is increasing evidence for the aforementioned effects from various parts of the world. Of course, the producer companies claim that the small doses of glyphosate residues that one receives through diet do not pose any health risks. But all independent research that has been done on the matter tells a different story, at least pointing out to some health risks.
For a person like me, who understands science well, the available evidence is more than sufficient to be alarmed. And because it has been a long time, since enough is known about the harmful impacts of glyphosate-based products, I was looking forward to take some action about it. Fortunately, I came to the right place for that. Read about our action plans on the follow-up post.

Read about our action plans in the follow-up post!