What is agri-activism (for us)?

Ingrid, one of the volunteers taking part in YFoEE's annual agri-activism project, explains what they have been getting up to during the first few weeks of the placement and the role of food in bringing people together.

Welcome to the first post of the year from the YFoEE agri-activism placement 2018!

This blog already hosted several agri-activists' voices before ours so we won't spend too much time describing the project. However, an introduction is recquired before we can get into the details of our stay in future posts. So here it is, please bare with us.

Every summer, four lucky volunteers are selected by YFoEE to spend three months on an organic community-owned farm on South Wales cost; COCA (Caerhys Organic Community Agriculture). Gerald Miles, a prominent food activist, runs the farm with the help of his wife, his sons and their family. His youngest son, Caz, is in charge of most of the agriculture part (growing vegetables and taking care of the cattle). We (the volunteers) work with Caz and WWOOFers to grow organic vegetables and we also help Gerald campaining against glyphosate and GMOs. By doing so, we learn practical tools to become food activists ourselves. Roughly 50% of the working time is dedicated to agriculture, 40% to activism and 10% to communication for YFoEE, writing blogs like this! In practise, we are not really counting. We try to help with whichever work is the priority. 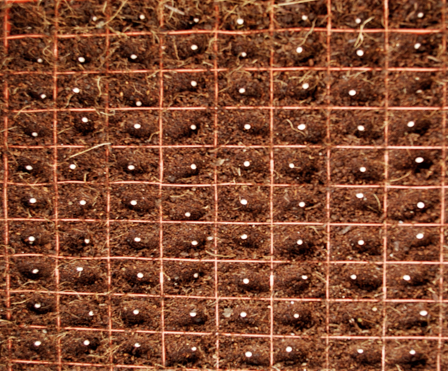 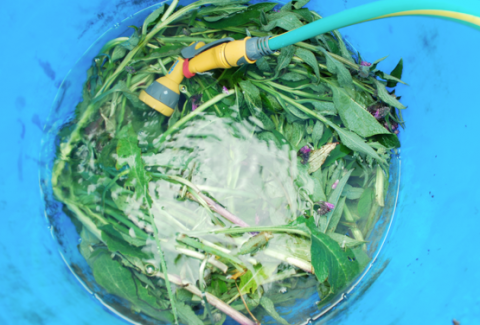 We start by sowing seeds one by one in trays filled with compost and we leave them to germinate in a polytunnel. Once strong enough, they are transplanted in the polytunnel's beds and then to the field. Some seeds are directly sown in the field to grow and be harvested there (parsnips, radish, carrots...), some will stay in the pollytunnel (for example lettuces, from which we havest leaves - without cutting the whole plant – every week).

Our daily tasks are weeding, watering and planting/tranplanting. We then have more punctual ones; rotivate the soil, making organic fertilizer with comfrey, building tutors for tomatoes, peas, beans... 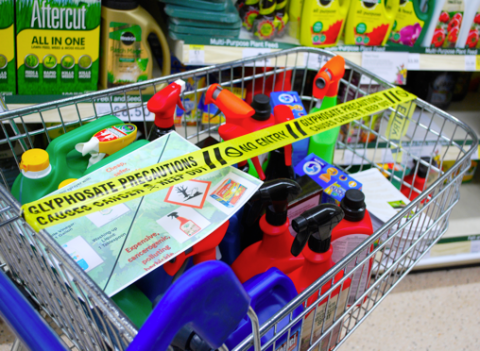 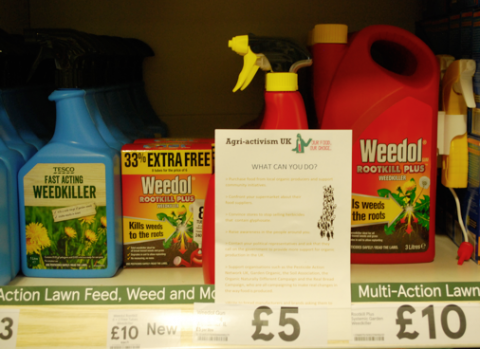 For the activim part of the placement, we help Gerald to raise awareness about the dangers of glyphosate - a chemical found in many herbicides used by farmers and sold in many supermarkets in the UK (and in Europe, and in the world). Its most popular form is commercialized through the Roundup brand, Mosanto's best-seller.

Our campaign is local but aims to become a national matter. We use social media to post information about glyphostae and associated matters and we go to supermarkets to take herbicides containing it off the shelves. We then ask to a manager to sign a letter guaranteeing that selling glyphosate-based products is safe for the customers' health. Of course, they could not sign it even if they wanted to.

The point is to make this issue known – to bring some visibility to it - and to create a first ground to then try to communicate with those supermarkets' headquarters. 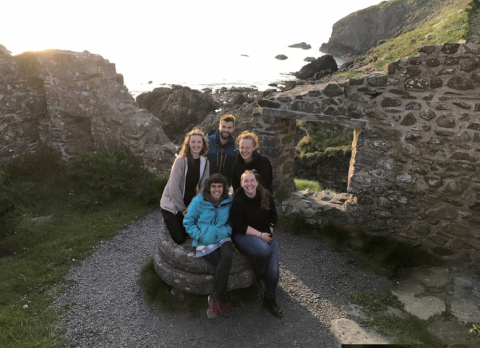 I'm Ingrid, from France (sitting on the near the lower right hand side of the picture). I have been involved in different environmental NGOs and groups for two years and I want to continue this journey while learning new skills.

Lena (on the upper left hand side of the picture) will be writing to you next week, probably with a very different style. She has a keen interest in the Slow Food movement and she is avoiding creating waste as much as she can in her daily life. We will stay on the farm for three months - May to July - while the next two agri-activist volunteers will come from July to September. 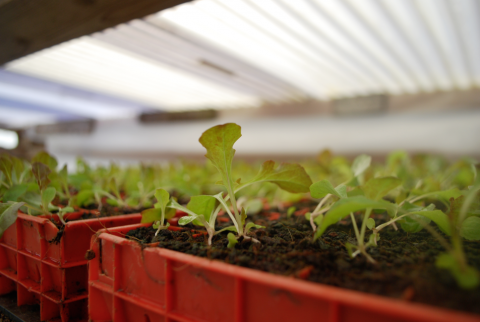 COCA is part of a CSA (Community Supported Agriculture) project. That means that the farm is community owned. The community shares the burdens and the benefits of organic agriculture alongside the farmers.

Every Friday we harvest vegetables to distribute to COCA's members. We put an equal mix of vegetables in every box and people come over the weekend to retrieve them. We get to know who we are farming for and they get to know us. Sometimes we harvest together. We can really feel that a community has formed around the will to benefit from an healthy, environmental-friendly, local and fair food source.

I have a strong interest in food soveignty and seeing COCA achieving something so close to it makes me want to fight for it even more. This simple system just makes sense and - after only two weeks of being a part of it - going back to the supermarket already feels absurd. 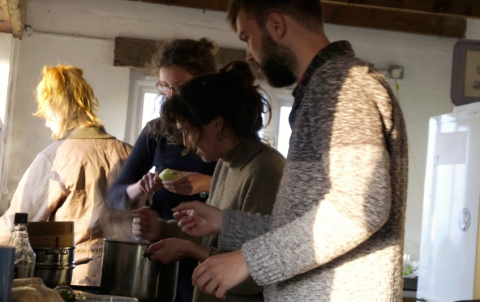 As one WWOOFer and volunteer with YFoE Spain – Olga – was expressing a week ago "All my life resolves around food now".

We grow it, we read about it, we write about it, we talk about it, we harvest it and we cook it, we even save it from supermarkets dumpsters once in a while (as "dumpster diving" has become one of our weekly hobbies). Between WWOOFers and agri-activists, we carry all of those tasks as a group; working together, cooking together, sharing our money to buy ingredients missing and sharing the meals emerging from all of this.

"Good food" brings us together. As it should, since it is such a nice thing to share.

As a lot of the tasks we carry through this year are similar to the ones the previous agri-activists described, I am trying not to repeat too much what had already been said.

However, if this introduction is not developed enough and if you have some questions, please get in touch and Lena and I will be happy to answer in our next posts.

Thank you for reading about our agri-activism adventures in COCA!