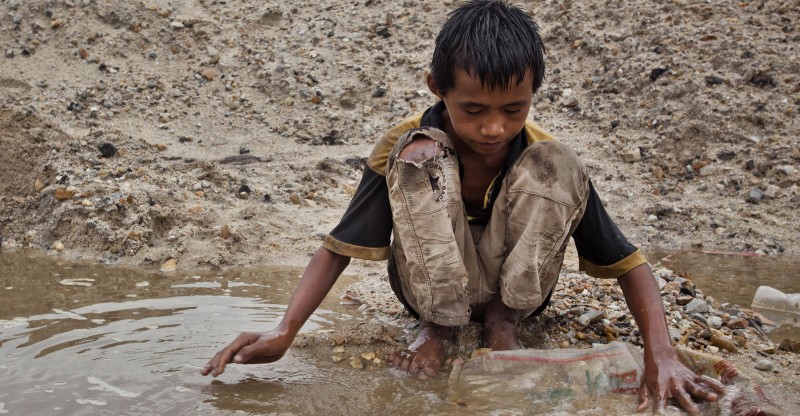 A poll commissioned by Friends of the Earth England Wales and Northern Ireland has found that more than 20 million Britons (43%) are hoping to unwrap electronic gadgets like iPads, Kindles and smartphones this Christmas. The new YouGov poll also reveals that more than 13 million adults (28%) have bought, or plan to buy, a gadget as a Christmas present for someone else.

Friends of the Earth’s senior campaigner Paul Steedman said: “Millions of us are getting excited about new iPads and smartphones for Christmas – but many would be shocked to learn that mining tin that may end up in these items is killing coral and precious forests and wrecking the lives of communities in Indonesia.”

The survey also shows that millions of gadget-lovers in the UK (55% of those asked) think manufacturers should ensure that people and the environment aren’t harmed to make their products. It follows Friends of the Earth’s recent report into the devastation caused by mining for tin – an essential component in all electronic items.  A further 24% said that governments, through laws and regulations they pass, should be most responsible for ensuring that people and the environment are protected in the making of electronic products, by ensuring the processes involved are safe and sustainable.

Paul Steedman continued: “As tablets fly off the shelves this Christmas, the majority of people say that manufacturers and governments – not shoppers – should be responsible for ensuring they’re made without harming people or the environment. That’s why we’re asking tablet makers to back new rules for companies to come clean about their supply chains – so we can love our favourite products, and love the way they’re made.”

Nearly a third of the world’s tin is from Indonesia’s Bangka Island. Friends of the Earth’s research shows that it’s almost certain some this tin ends up in Apple and Samsung products, although the companies may not have known this or about the devastating effect of mining on the island. Despite over 10,000 emails from customers and members of the public taking part in Friends of the Earth’s online petition, asking them to come clean about the tin in their gadgets, Samsung and Apple have so far refused to comment.

Friends of the Earth England, Wales and Northern Ireland’s new Make It Better campaign is asking leading smartphone makers to say whether their phones contain tin linked to the destruction of coral reefs and forests in Indonesia’s Bangka islands. A three-part documentary series has also been produced, to highlight the devastation local communities and environment are suffering in Indonesia as a result of tin mining.