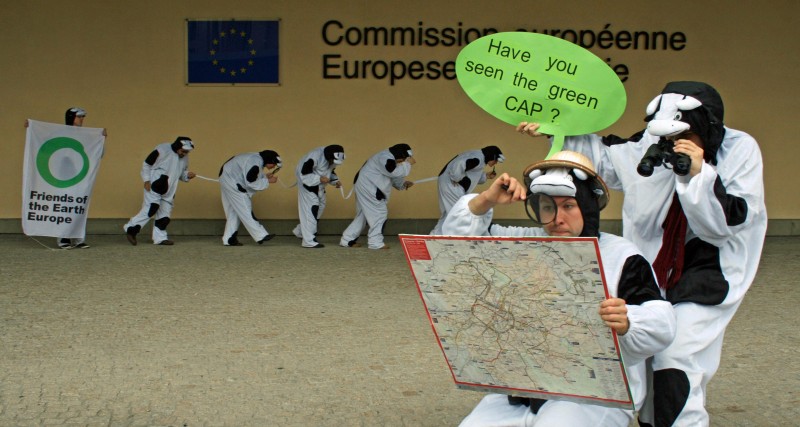 As one of the first common policies created in the 1950s it helped the European Union to ensure food for its citizens in the post war-years. For 50 years, the CAP has driven major decisions on the direction of agriculture in Europe and the spending of considerable European public funds – today, it takes up around 40% of the total EU budget. It is reformed every seven years. Responsible for our food, our rural communities, our countryside, our health, our environment and our farmers, the CAP affects everyone.

In this time, it has not gone far enough to support or stimulate sustainable practices, and has led to major problems. It has encouraged a model of agriculture that damages the environment – through contributing to climate change, biodiversity loss, soil erosion and water pollution – and promotes factory-style farming at the expense of jobs for farmers and workers in rural areas. Through increased import of cheap raw materials produced in socially and environmentally damaging ways, and cheap exports to the global south, the CAP's impact is felt much further afield than within the EU alone.

This campaign is part of our Food, Agriculture and Biodiversity Programme to halt biodiversity loss and to challenge unsustainable food and farming. We advocate for an ecological and fair agriculture that protects wildlife and natural resources, supports family farms, and reduces our impact on developing countries. We coordinate four campaigns: to protect biodiversity; to make the food system more sustainable; halt the growing of genetically modified crops; and prevent the expansion of agrofuels. As part of our vision, we play an active role in building a movement for food sovereignty.