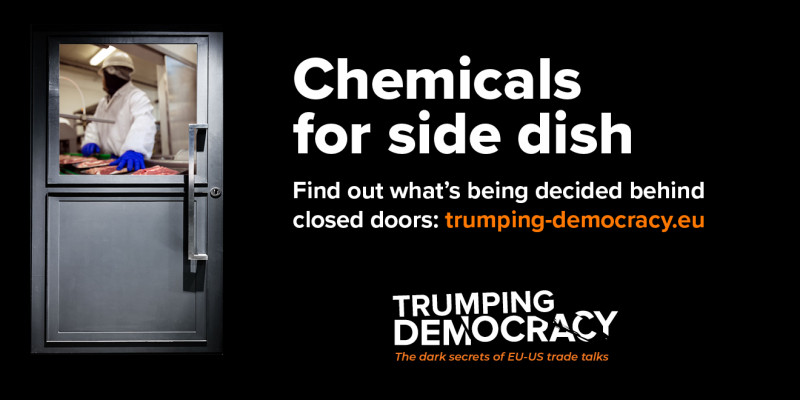 The EU Commission is trying to lower EU food safety standards as part of a rushed trade deal with the USA, according to statements from senior trade officials.

EU trade commissioner Hogan and other trade officials have confirmed their intention to reduce ‘non-tariff’ barriers on farm goods in trade negotiations. This could bring unsafe food, only tested for lower US standards, on European consumers’ plates.

EU Commission president von der Leyen has said she wants to push the trade deal through in a few weeks to avoid any new tariffs on EU/German car exports.

Concerns about weakening food standards were at the heart of the public outrage about TTIP negotiations 5 years ago.

"The EU once again enters a slippery slope by weakening food standards in order to please Trump. The so-called ‘regulatory barriers’ are actually policies and procedures that protect European citizens, ensuring that the food that ends up on their plate is safe. Just as with TTIP in 2016, European people won’t stand on the sidelines while their safety is being threatened."

Bloomberg: In Bid for Trump Trade Deal, EU Turns to Shellfish from Soybeans