by Jagoda Munić, director of Friends of the Earth Europe. First published in Parliament Magazine.

The votes are in, and as you stagger off the campaign trail, what lies before you is an awesome responsibility. An epic outlook, where your decisions will shape people’s faith in Europe’s politics and the very future of our planet.

We face an ecological and climate emergency. Decisions taken over the next decade could, say scientists, "significantly influence the trajectory of the Earth System for tens to hundreds of thousands of years". 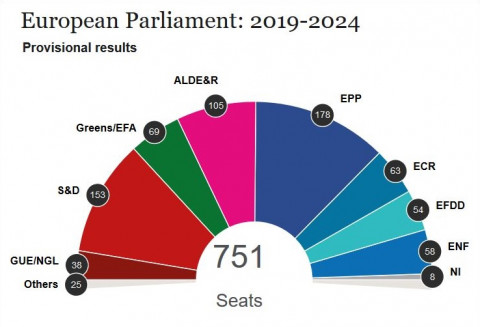 With the highest turnout in 25 years, the European election results prove that Europeans care, although there is also a strong call for change. Campaigns to engage people in Europe’s future have delivered results. But two thirds of Europeans believe their children’s lives will be worse than their own. The two dominant political parties have lost their majority. Business as usual is no longer an option.

"We need to urgently address #ecological breakdown and the phase out of fossil fuels, while ensuring that the #poor are not penalised. This is the key challenge for policymakers in the new #EP2019". https://t.co/8ScMLQurL5

Stronger European cooperation, this election’s winning theme, is a must if, as voters expect, we are to address major issues of our era such as environmental crises and Europe’s rising inequality.

Faced with a more evenly spread balance of power in the new EU parliament, you must quickly find ways to work together to deliver a real transformation for Europe.

A transformation that serves the millions of people who have lost out from globalisation, the financial crisis, and inequality; that improves the wellbeing of people, and tames out-of-control corporate interests; while bringing decision-making closer to everyday concerns.

And we need to urgently address ecological breakdown and the phase out of fossil fuels, while ensuring that the poor are not penalised. This is the key challenge for policymakers in the new European Parliament.

In crafting majorities and defining priorities, we call upon you to uphold democracy and Europe’s rule book – ensuring freedoms and a vibrant press and civil society holding those in power to account. These cannot be up for negotiation – just as nature and the climate cannot compromise.

One of the first tests for new MEPs will be the hearings and appointment of the new European Commission. We urge you to use this period to show Europe can change for the better for the benefit of all.

I ask you to ensure that all new Commissioners are fully committed to achieving the 2030 sustainable development goals. And we call on you to resoundingly reject climate deniers and any Commission candidate with conflicts of interest that could influence the independent performance of their duties.

The commitment to change must be embodied in The European Parliament’s choice of new Commission President – who must have shown commitment to transformational action for the environment, to confronting corporate interests, and to upholding a pluralist European society governed by rule of law.

This election has seen citizens and young people in their millions take to the streets and engage in movements on issues such as climate change and anti-racism. You can draw strength and inspiration from this, and bring their voices into Parliament as Europe’s democratic body.

The good news is that if you succeed, you can return a sense of purpose to the European project, demonstrate to the world that cross-border cooperation and solidarity works, and change the lives of people and the future of our planet for the better.