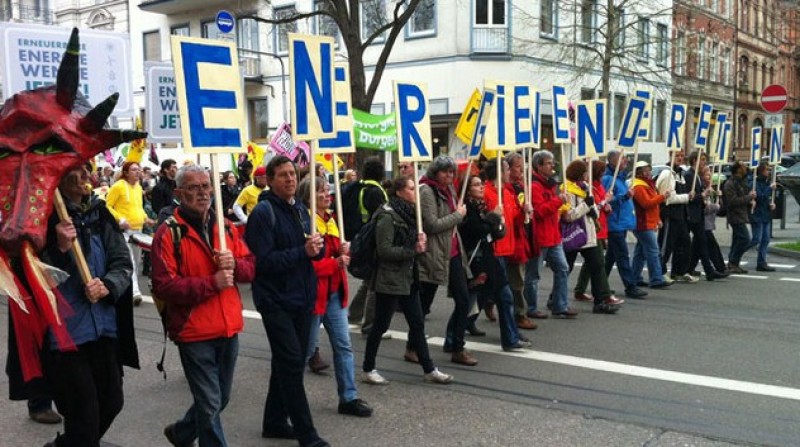 The energy revolution is in danger in Germany. Protests took place across the country this weekend, in response to the government’s plans to cap the expansion of renewable energy sources like wind and solar. Around 30,000 people took to the streets of seven major German cities to express their concern and upset regarding this proposed move away from expanding renewable energy.

Friends of the Earth Germany/BUND – one of the main organisers of the demonstrations – is calling for faster expansion of renewable energy capacities in Germany. The protests were part of Friends of the Earth’s nationwide campaign and illustrated the massive public support for renewable energies and opposition against coal, nuclear and fracking for shale gas in Germany.

A spokesperson for Friends of the Earth Germany/BUND said: “These peaceful demonstrators know that stopping the energy revolution will threaten jobs in the solar industry as well as hinder sustainable environmental policy. 30,000 people are demanding that we save the energy revolution – to transform our energy, protect the climate and use wind and solar instead of coal, fracking and nuclear.” 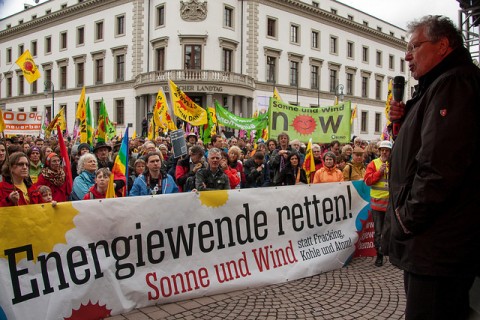 At the protest, several speakers underlined the goals of the energy revolution: to protect the environment and climate justice, to expand renewable energy, as well continue to promote research of alternative productions of products from oil and gas.

In Dusseldorf and Potsdam demonstrators urged the government to focus more on ways to phase out coal and approve alternative energy sources. While in Munich, Mainz, and Wiesbaden there was a call to rapidly increase renewables. In Hannover and Kiel the crowd reminded their politicians that capping renewable energy will jeopardize existing energy sources and disrupt planned renewable energy projects.

Meanwhile in Berlin, in the area of the Chancellors' Office, protestors joined together to create an impressive, colorful picture symbolizing the urgency and need for negotiators in German energy policy to keep the energy revolution afloat and pursue sustainable goals.

The protests took place one day after EU Heads of State discussed climate and energy targets at a summit in Brussels. Protestors expressed their frustration at the lack of urgent action on climate change in Europe. They called for a clean, safe energy future that puts people at the centre, not polluting corporations.