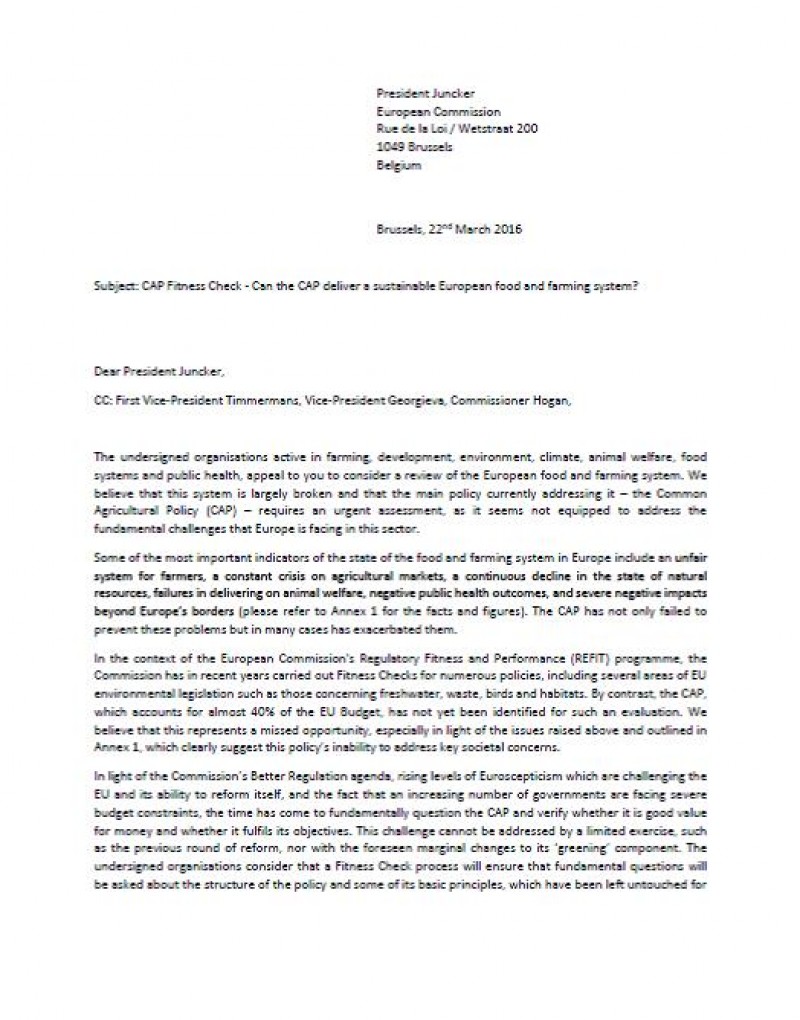 European organisations call for review of food and farming system

European organisations active in farming, development, environment, climate, animal welfare, food systems and public health, sent this open letter to President of the European Commission, Jean-Claude Juncker, appealing for him to consider a review of the European food and farming system.

The organisations involved believe that this system is largely broken and that the main policy currently addressing it – the Common Agricultural Policy (CAP) – requires an urgent assessment, as it seems not equipped to address the fundamental challenges that Europe is facing in this sector.

Some of the most important indicators of the state of the food and farming system in Europe include an unfair system for farmers, a constant crisis on agricultural markets, a continuous decline in the state of natural resources, failures in delivering on animal welfare, negative public health outcomes, and severe negative impacts beyond Europe's borders. The CAP has not only failed to prevent these problems but in many cases has exacerbated them.

The organisations are calling on the Commission to carry out a Fitness Check process to ensure that fundamental questions will be asked about the structure of the policy and some of its basic principles, which have been left untouched for decades. This will ensure that such a policy delivers real benefits to EU citizens, farmers, our environment, our animals, our health and climate.

The organisations say: "In light of the Commission's Better Regulation agenda, rising levels of Euroscepticism which are challenging the EU and its ability to reform itself, and the fact that an increasing number of governments are facing severe budget constraints, the time has come to fundamentally question the CAP and verify whether it is good value for money and whether it fulfils its objectives."