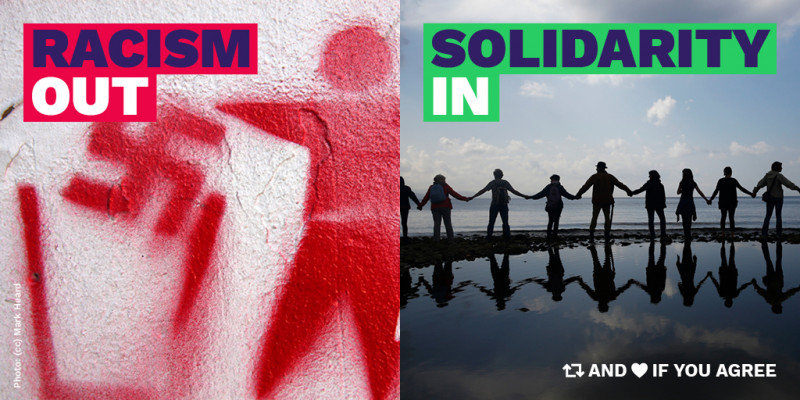 This joint article by the organisations listed below was first published in EurActiv.

From turning out in record numbers for the European elections, to taking to the streets to call for climate action or an end to government corruption, people are overwhelmingly demanding a new vision for Europe. At the core of these demands is the desire to improve lives, through the respect of fundamental values: equality, justice, solidarity, environmental protection and human rights.

For those who voted for a fairer and greener Europe, Commission President-elect Ursula von der Leyen’s proposals, which include a number of unsuitable mandates and controversial candidates to lead the European Commission, fall far short of the mark on many fronts, including democracy, peace, social inclusion and poverty eradication, a fairer trade policy and climate action.

The idea of a Green Deal for Europe has been making the rounds for a while now. That von der Leyen has picked up on it, shows that in some respects she’s listening. But the policies and targets she’s proposing (such as the return of a familiar deregulation agenda, insufficient greenhouse gas reduction targets and the promotion of gas as a clean energy solution) show that she's reluctant to break the mold of corporate-friendly capitalism as we know it.

Another error is the shocking assertion that the root cause of the “loss of faith in our democracy” lies in “demographic change” rather than the failure of “democratic structures”. This is blatantly false. Democracy is being eroded before our eyes: the EU itself has launched its official procedure for “serious and persistent breach of EU values” – a systemic threat to democracy and the rule of law – against two governments. Trying to redirect blame away from the inherent flaws in the system towards changing demographics normalises racism, discrimination and hate. So too does the creation of a Commission Vice-President for ‘Protecting our European Way of Life’ which proclaims that one way of life is more European and in need of protection than others and neglects Europe's history of exchange and migration.

Efforts to fix our ailing democracies also seem half-hearted at best. If all Europeans are to play an “active and leading part in building our Union, proposing an online consultation and the organisation of a conference about the future of Europe is wholly inadequate. In addition to being less than a shadow of a democratic process, it is an insult to the millions of people living in Europe calling for climate action, equality, media freedom and an end to corruption, among others. Regular and ongoing dialogue with all actors, especially Europeans and the organisations that represent them, would be a better move.

Without fundamental action, the EU's economic model will continue to exacerbate inequality. and rests on the assumption that we can extract, exploit and buy what we want, whenever we want, regardless of the impact on the people and place from whence it came.

In Europe, the richest 10% of households hold half of the continent’s wealth, while the poorest 40% hold just 3% *. Globally, almost half of humanity - 3.8 billion people – hold the same wealth together as just the twenty-six richest individuals. Unregulated globalisation, frenetic trade liberalisation, tax avoidance and the rise of demeaning, exploitative jobs are the causes that must be addressed to build a fairer, peaceful, healthier and more stable world.

It is time to move towards economic, social and environmental policies that ensure prosperity is shared equitably, without harming the planet.

As organisations and movements working with hundreds of millions of people in Europe and abroad, we see people standing up for climate, social and economic justice, for independent media, for reproductive rights, and against corruption in unprecedented numbers. Everyone needs a healthy planet, which sustains all life, provides the food we eat, the water we drink and the air we breathe.

We see first-hand how fundamental values bring people together around tangible solutions to these challenges: from caring for individuals to policy recommendations, from community activism to defending fundamental rights at the European Court of Justice, from empowering youth to welcoming newcomers.

Commission President-elect von der Leyen still has a chance to chart a path to a fairer, greener, inclusive and prosperous Europe, by making human rights, equality and social and environmental justice her guiding star.