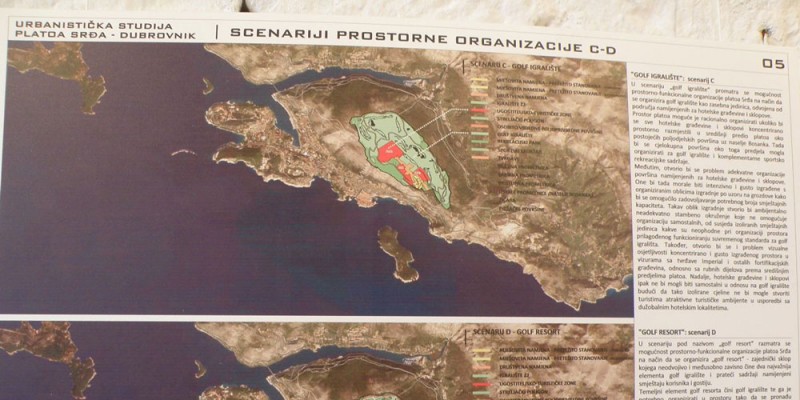 The cultural and natural heritage of the UNESCO city of Dubrovnik is under threat from plans to build a golf resort on the Srdj plateau above the city – an area of mixed forest and agricultural land.

The Srdj plateau sits within the city of Dubrovnik, just above the medieval city, and UNESCO cultural heritage site. For over ten years, there have been plans to build a golf resort on the plateau, with support from some locals, to boost tourism.

However, the original proposal of 100 hectares was tripled to 300 hectares, with an additional 4.7 hectares bought by the investor from the City of Dubrovnik for a price far below market value. In addition, local land owners sold connected areas. The golf resort would be heavily reliant upon local infrastructure (electricity, water, sewage system) which would be provided by Dubrovnik city at the expense of local citizens.

The development plan was presented to the public in September 2010, where it was rejected – it included 268 villas, several hotels, as well as a golf course, on what is currently forest and agricultural land.

The project has been developed behind closed doors and without public participation, and is based upon proposals that were rejected by local residents two years ago.

Support for the struggle against Ombla power plant