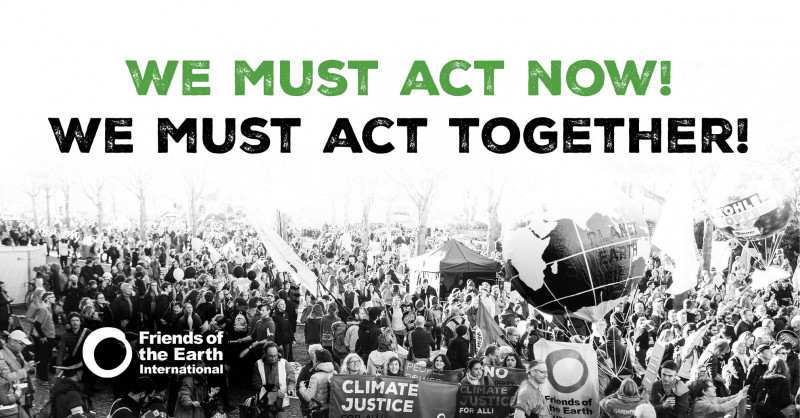 Heads of state and government have set priorities for EU cooperation over the next five years at a summit in Brussels today – but have not gone far enough in prioritising action on the climate emergency, reacted Friends of the Earth Europe.

Friends of the Earth Europe called for a bold vision and action for transformational change to tackle climate and ecological breakdown and inequality.

Jagoda Munic, director of Friends of the Earth Europe said:

"The EU's strategic agenda for the next five years recognises that building a climate neutral, green and social Europe must be a priority, as demanded by millions in the streets. However, leaders have failed to agree how soon to phase-out fossil fuels and bring emissions down to zero. We are calling on them to show leadership and act urgently on climate and ecosystem collapse in the next five years to transition towards a sustainable and just Europe.

"EU leaders say they want to protect citizens and freedoms, but increased militarization and closed borders will not make us feel safer – action on the ecological and climate emergency will."

The summit discussed climate action but did not agree any new emission reduction targets or increase in ambition. Countries are still divided on whether to embrace a target of reducing emissions to net zero by 2050. This division was acknowledged in a footnote stating that, 'For a large majority of Member States, climate neutrality must be achieved by 2050'.

Even if agreed, this timeline is too slow for Europe to do its fair share to keep global warming below 1.5 degrees.

"A handful of member states governments, led by Poland, have blocked progress on EU climate policy – this is very dangerous behaviour.

"The rules for EU decisions on climate and energy need to be revised to allow Europe to take the climate action millions of people are demanding on the streets.

"Young people protesting for their futures, and scientists monitoring the destruction of our natural world are clear about what needs to be done – immediate transformational action to phase out fossil fuels by 2030, move to 100% renewable and community energy, and institute massive energy savings as a starting point. We do not have another five years to waste."

EU leaders have failed to rise to the challenge of our generation - #climate emergency.