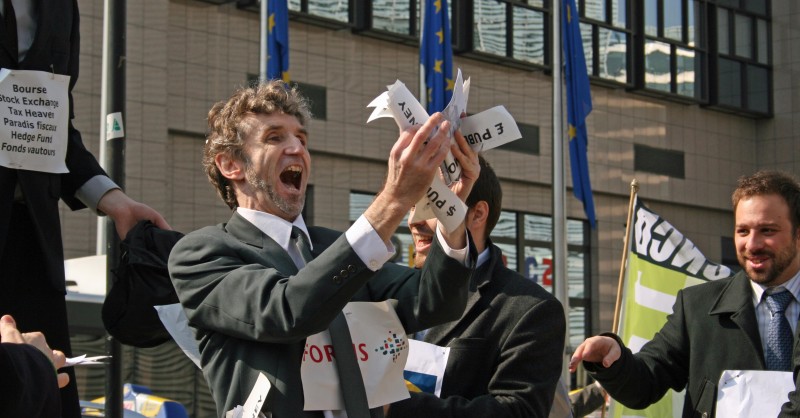 Environment, consumer and labour groups have written to European Union Heads of State and Government warning them of the dangers to the environment, health, and consumers of  proposals to reduce regulatory burden.

The letter was sent by the Green 10, of which Friends of the Earth Europe is a member, together with the European Trade Union Confederation and the European Consumers’ Organisation,

The proposals are contained in a ‘10 Point Plan for EU Smart regulation’ submitted by ministers of 11 EU Member States to the European Commission at the end of 2012. The plans proposes to reduce ”the overall EU regulatory burden”, a move Friends of the Earth Europe, and the other signatories of the letter, fear runs against the interests of Europe’s citizens and environment.

Paul de Clerck, coordinator of economic justice work at Friends of the Earth Europe said: “The proposition in the 10-point plan to reduce the EU overall administrative burden is dangerous because it risks qualifying the entire EU regulatory framework as a burden to EU’s development. The vast majority of EU regulation is beneficial to European citizens and the environment. What some companies call a regulatory burden is in fact the safety net for individual people or society as a whole.”

Among other flaws, the 10-point plan fails to acknowledge that European and national regulatory measures and standards are economically and financially good for the EU. As illustrated by EU regulation for CO2 from cars and vans, regulations can be both absolutely necessary from an environmental standpoint, and also financially and economically beneficial.

At a time of acute financial and economic crisis, effective regulation is needed to ensure that Europe’s recovery is sustainable and restores citizens’ trust and confidence in business. The Green 10, ETUC and BEUC call on the European Commission not to support the 10-point plan.