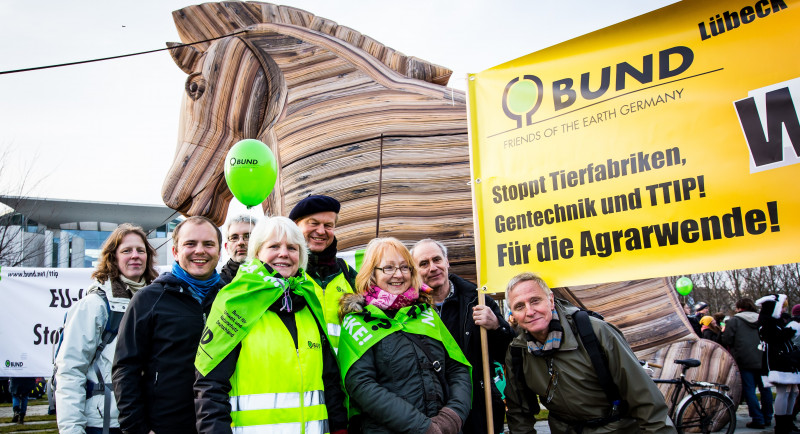 The US Congress has given the green light to start new trade negotiations with the European Union, raising concerns around potential impacts on EU agriculture.

While the European Commission is aiming for an industry-only deal, the US government is strongly pushing for agriculture to be included in any agreement. This would likely open up the same controversies around food safety and agriculture tariffs that helped sink previous EU-US trade talks.

Mute Schimpf, trade campaigner at Friends of the Earth Europe said: “The US congress position brings us a big step closer to reviving the hugely unpopular TTIP deal. The EU has already agreed to increase imports of genetically modified soy beans from the US, so we can’t rely on Malmström’s commitment that agriculture will not be included in the negotiations.”

EU trade commissioner Cecilia Malmström has stated the EU’s opposition including agriculture in any trade deal with the USA.
However, informal trade talks between EU Commission President Juncker and US President Trump last year led to a spike in imports of genetically-imported soy beans into the EU.

“We rely on national governments to block any attempts to allow imports of chlorinated chicken and GMOs that are not authorised in the EU. There can be no trade-offs on food standards.”

President Macron announced last year that France would no longer sign trade deals with countries outside the Paris climate agreement.

Mute Schimpf continued “The EU should not make a trade deal with countries that reject the Paris agreement on climate change. We expect that President Macron will not back-track on earlier commitments and stop negotiations for this new trade agreement”.

The US can now officially start negotiations within 30 days. The Council of the EU must now agree on a mandate to negotiate this trade deal.