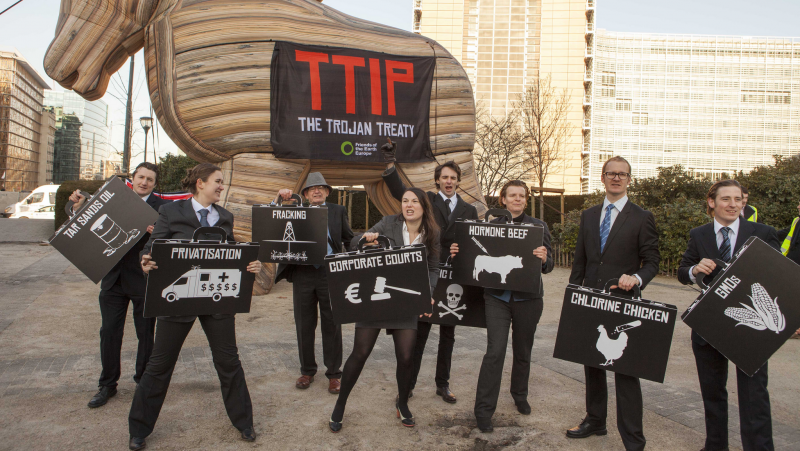 The EU needs to guarantee to its citizens that it will not start negotiating on Europe’s food safety standards with the US. This call comes from Friends of the Earth Europe as foreign affairs ministers meet today to discuss progress on EU-US trade talks.

A recently leaked proposal from the European Commission reveals that the EU is prepared to discuss food safety with the US. This entails not only the level of pesticides on fruits such as pears and apples, but also controversial topics from the heavily opposed EU-US TTIP talks such as genetically modified (GM) foods and hormone-treated beef.

When the Commission announced new EU-US trade talks in July, it clearly stated these would only cover industrial products and would exclude agricultural products, except for soybean imports.

In previous TTIP negotiations the US underlined its demands for better export opportunities for its GM food, meat treated with hormones or rinsed with chlorinated substances. This would require major changes to EU food safety rules.

The EU is keen to re-open trade talks in an effort to prevent US President Trump from raising the tariffs of EU cars entering the US market.

Mute Schimpf, food campaigner at Friends of the Earth Europe said: “Ministers need to reject a trade deal which would sacrifice our food safety in order to avoid tariffs on cars. There can be no trade-offs on food standards.”

The meeting today prepares for talks between trade Commissioner Cecilia Malmström and her US colleague Robert Lighthizer on 14 November.