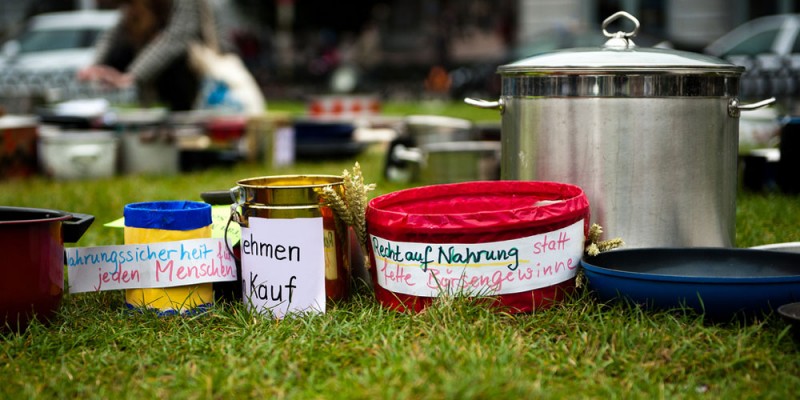 MEPs voted today on the proposed financial reforms known as MiFID (the Markets in Financial Instruments Directive). The reforms adopted impose limits on the amount of shares a speculator can hold in the market, but serious loopholes mean food speculation can continue to drive up food prices and price volatility, according to Friends of the Earth Europe.

Campaigners have been calling for strict rules to stop speculation driving food price increases and price volatility – if done right, this could rein in excessive speculation on food prices, and protect the world's most vulnerable from the whims of Europe's big financial players.

Anne van Schaik, sustainable finance campaigner at Friends of the Earth Europe said:"Some MEPs voted to curb food speculation, but it was not enough, and it remains a threat. The European Council still has the chance to put a stop to food speculation in November. There are close to a billion people hungry already in the world, and Europe must put the hunger of people before the hunger of the financial sector."

Finance Ministers are expected to take a position on November 13th, after which negotiations will start between the European Parliament, Council and Commission (trialogues). The current text risks being watered down even further due to pressure from industry. Friends of the Earth Europe will continue to mobilise citizens to make sure that MiFID is used to stop food speculation.