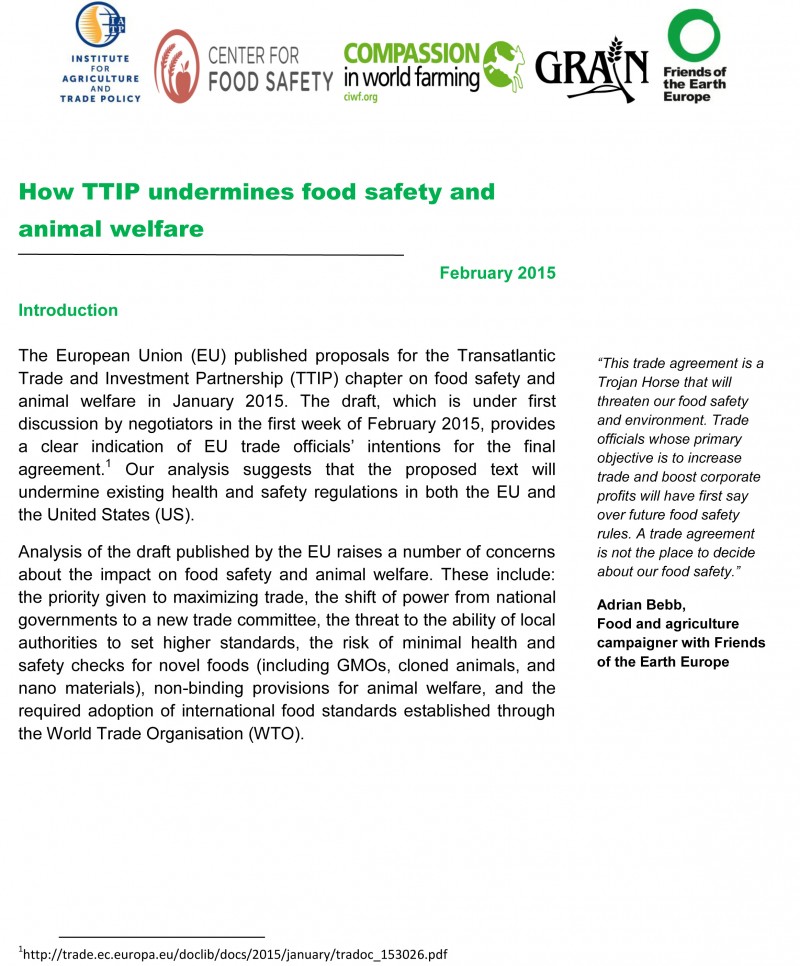 The draft proposal provides a clear indication of EU trade officials’ intentions for the final agreement. This briefing explains how  the proposed text will undermine existing health and safety regulations in both the EU and the United States.

The analysis raises a number of concerns including: the priority given to maximizing trade, the shift of power from national governments to a new trade committee, the threat to the ability of local authorities to set higher standards, the risk of minimal health and safety checks for novel foods (including GMOs, cloned animals, and nano materials), non-binding provisions for animal welfare, and the required adoption of international food standards established through the World Trade Organisation.