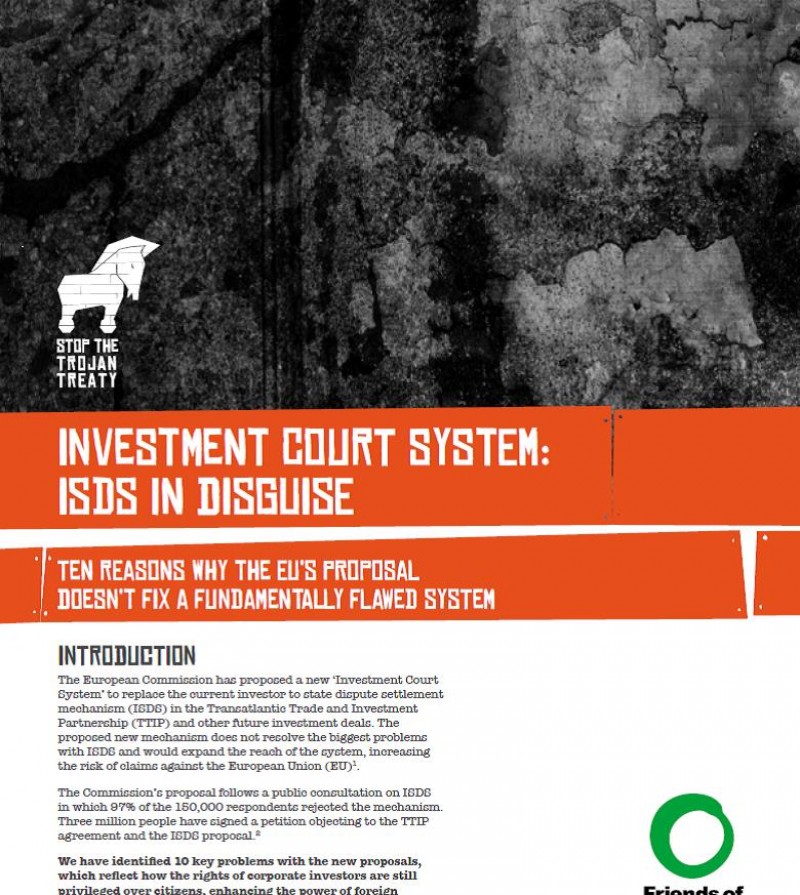 The European Commission has proposed a new 'Investment Court System' to replace the current investor to state dispute settlement mechanism (ISDS) in the Transatlantic Trade and Investment Partnership (TTIP) and other future investment deals.

The proposed new mechanism does not resolve the biggest problems with ISDS and would expand the reach of the system, increasing the risk of claims against the European Union.

This briefing report identifies 10 key problems with the new proposals, which reflect how the rights of corporate investors are still privileged over citizens, enhancing the power of foreign investors in relation to sovereign states.

There are still no convincing arguments to include any form of ISDS in TTIP – including the misleadingly renamed 'Investment Court System'.