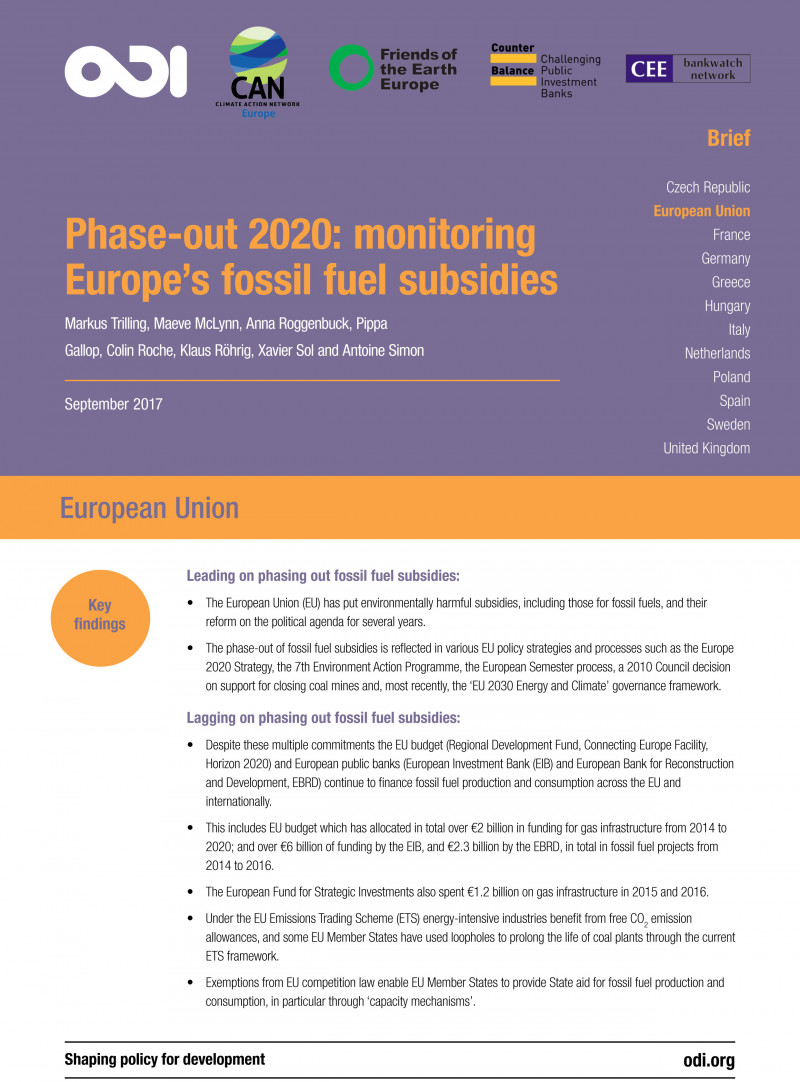 Despite multiple climate action commitments the EU budget and European public banks continue to finance fossil fuel production and consumption across the EU and internationally.

This study shows the scale of the problem with the EU providing an annual average of €4bn in fossil fuel subsidies through its budget, development and investment banks and funds. The growing support for gas, and the continued provision of support for coal-fired power, are particularly concerning.

The full report covering 11 European governments can be found here.