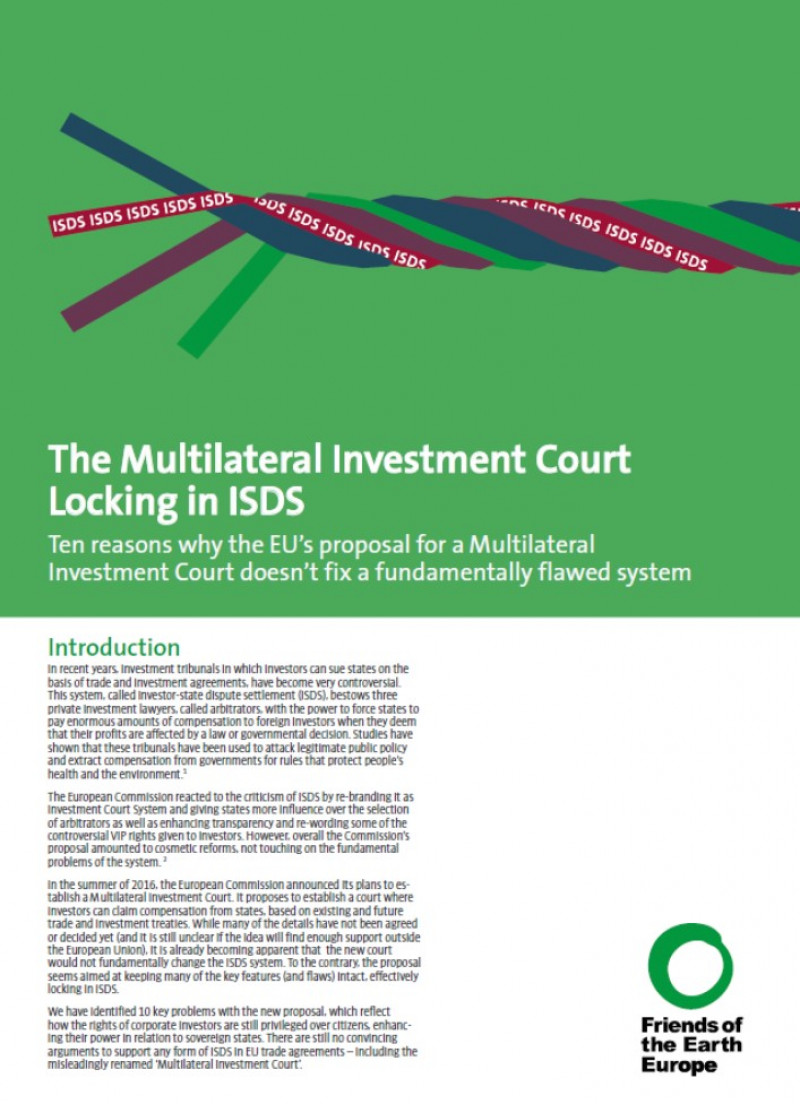 The European Commission is planning to establish a so-called Multilateral Investment Court (MIC), a new international court where corporations can sue governments for laws and regulations that harm their profits. The court is supposed to replace the controversial investor-state dispute settlement (ISDS) mechanism, but we have identified 10 key problems with the new proposal, in which corporations still enjoy unjustified privileges at the expense of people, the environment and our democracy.