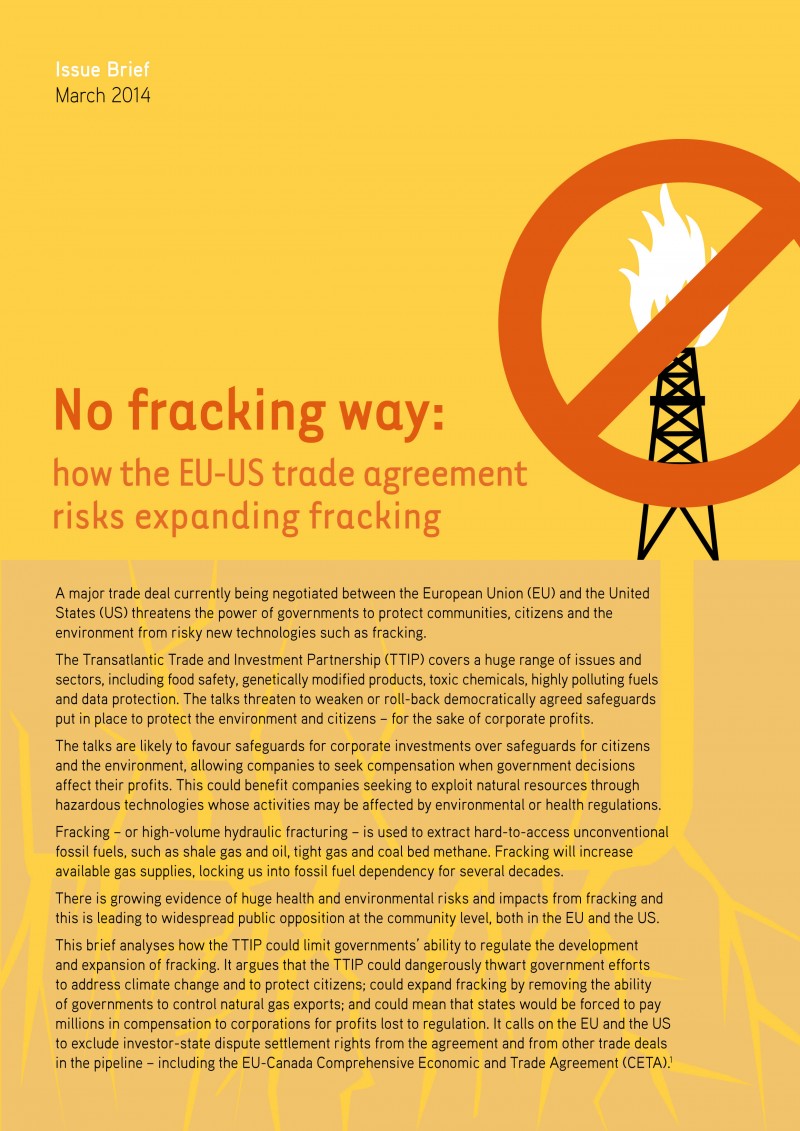 A trade deal between the EU and the US risks opening the backdoor for the expansion of fracking in Europe and the US, reveals this new report.

It analyses how the Transatlantic Trade and Investment Partnership (TTIP) could limit governments’ ability to regulate the development and expansion of fracking. It argues that the TTIP could dangerously thwart government efforts to address climate change and to protect citizens; could expand fracking by removing the ability of governments to control natural gas exports; and could mean that states would be forced to pay millions in compensation to corporations for profits lost to regulation.

It calls on the EU and the US to exclude investor-state dispute settlement rights from the agreement and from other trade deals.